Revealed: the world's most creative mobile journalists in 2016

A competition to find the world’s most creative mobile journalists (mojos) stretched to the ends of the earth – literally.

The winners share the first prize with contrasting reports – one highlighting working conditions down a Bolivian silver mine, and the other following a mountain climb in South Africa aimed at healing the mental scars of sexual violence.

Thomson Foundation launched the competition in January with RTÉ MojoCon Ireland, calling for original, credible and well-produced stories shot and edited entirely on a mobile device.

There were double the number of entries of last year’s inaugural competition, with submissions from every continent.

The judges whittled down the entries to a shortlist of five. In the end two winners were chosen by the panel of judges who all agreed their work was exemplary but in very different styles. They achieved an equal score based on their impact, creativity and use of the mobile medium.

They were Leonor Suárez from Spain and Yusuf Omar from South Africa.

Inside the silver mines of Potosí

Armed only with an iPhone and a hard hat, Leonor, a journalist working for a regional TV station in Asturias in the north of Spain, went inside the silver mines of Potosí, Bolivia for her mojo story.

As the tunnels grew darker and more claustrophobic, the air harder to breathe, Leonor reported on the harsh, life-threatening working conditions of miners.

“Mobile journalism allowed me to get to the heart of the story,” says Leonor. “These miners have to risk their lives to make a living. The work is precarious and dangerous with no security measures and many of them, including children as young as 15, brave the risk of mine collapses."

Leonor Suárez, a journalist working for a regional TV station in Asturias in the north of Spain, went inside the silver mines of Potosí, Bolivia for her mojo story

Mobile journalism allowed me to get to the heart of the story about miners risking their lives to make a living. 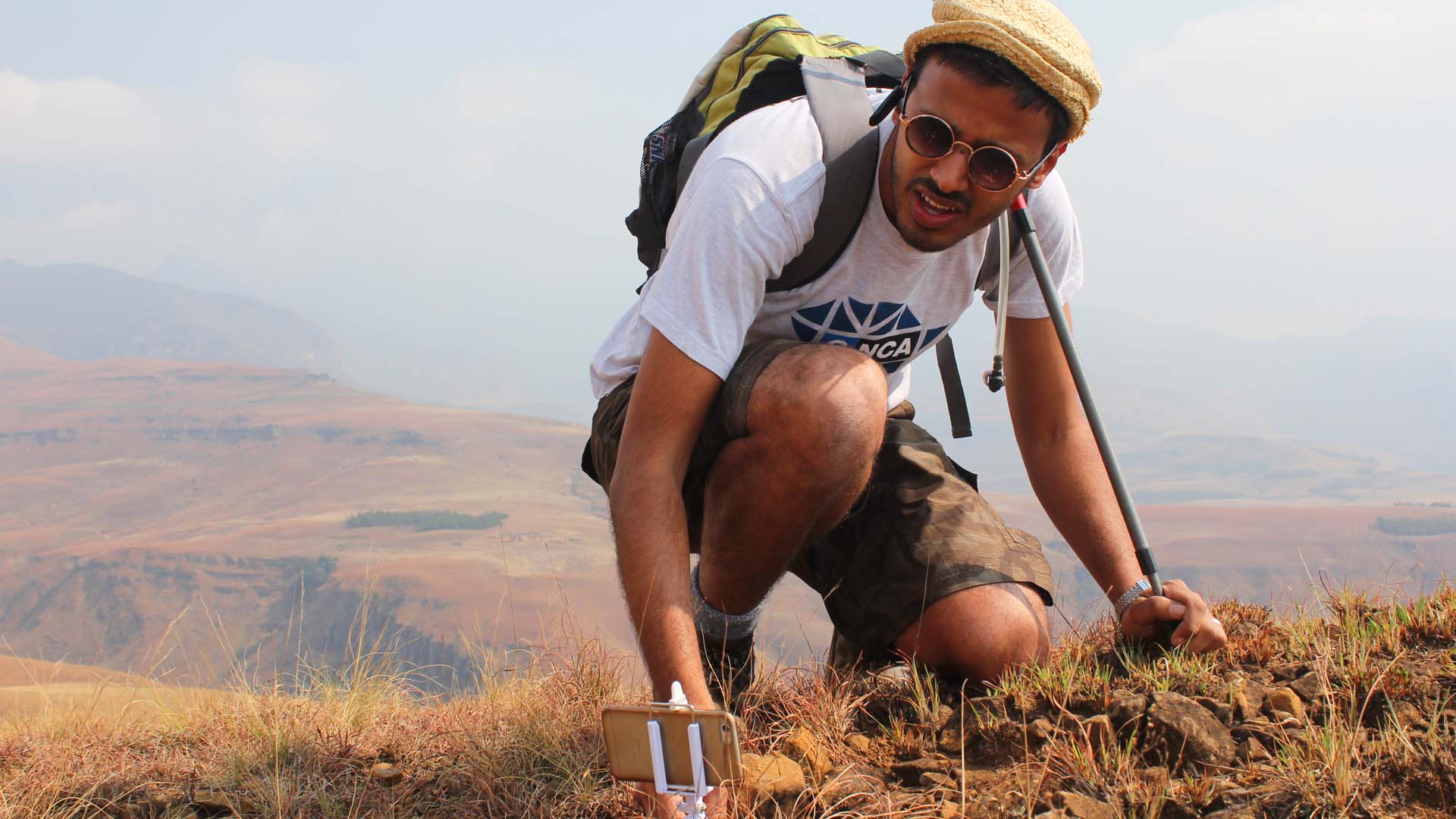 In Yusuf Omar's mojo report, the victims of sexual violence chose not to be silenced by the violence they had experienced

Mobile journalism was the only truly personal and dignified way to tell the story of survivors who have never openly spoken about their experiences.

He joined a group of hikers, who included rape victims and their supporters, to climb the Drakensberg-Maluti Mountains in South Africa.

In many stories about abuse, the voices of victims are notably absent. In this report, the victims chose not to be silenced by the violence they had experienced. “My understanding of rape changed drastically during this production,” says Yusuf.

“Robbed of a voice, how do you tell the story of survivors who have never openly spoken about their experiences? Certainly without lights and broadcast cameras. Mobile journalism was the only truly personal and dignified way.”

Mobiles have come of age

Nigel Baker, chief executive of the Thomson Foundation said: “The winners showed how versatile mobiles are as reporting tools – from filming a mini-documentary down a mine to action sequences on a mountain climb. Both the winners showed how mobiles can be used to capture very sensitive interviews at close quarters.”

He added: “The judges got a real sense of excitement from seeing so many genres of videos in the competition – and the inventiveness that went into their creation. It demonstrated how mobiles have come of age for use in high-quality video production.”

The winners will receive their prizes at the RTÉ MojoCon conference in Dublin, Ireland, on April 29th and 30th where their work will be showcased.