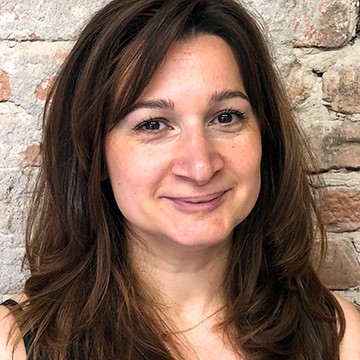 Angela joins the Berlin office as a projects and finance manager. She has more than 10 years' experience in project management within international organisations and European institutions.

Previously, Angela worked for the German Red Cross in Berlin, as a project coordinator, where she managed a high profile project for UNICEF and the German Federal Ministry of Family Affairs, Senior Citizens and Women.

She holds a PhD in History (specifically, economic history) from the University of Bucharest. Her research focused on the involvement of politicians in the Romanian banking system in interwar time.

Angela speaks fluent English, German, and Italian, in addition to her native Romanian.