The landlocked mountain kingdom of Lesotho faces serious environmental challenges, many of which will become more severe, due to the impact of climate change, writes Thomson Foundation trainer James Stewart.

Droughts like the one which has hit the country hard this year are expected to become more common, along with floods and other extreme events. The UN predicts a decline in agricultural production leading to food shortages.

I travelled to Lesotho in early December to work with national newspaper and print journalists on the reporting of climate change and environment stories. In the Malealea valley, south of the capital Maseru, the effects of this year’s drought were clearly visible. River beds were dry; a spectacular waterfall spouted only a dribble; fields ploughed ready for sowing - or already sowed - were arid and bare.  In place of steady, wetting rain to irrigate the ground, they had had only occasional storms which cause serious erosion and washed away the topsoil along with seeds or seedlings.

In spite of the serious predicted impact of climate change, levels of awareness and understanding of the problem appear to be low in Lesotho. In the first week of December world leaders were meeting in Madrid for the COP25 climate conference. But the reporters knew nothing of the conference or who was representing their country there.

They are aware their country faces many environmental challenges and are acquainted with the term climate change but it became clear that it presents at least two problems to journalists in Lesotho. It appears to be an overwhelming and entirely negative phenomenon which is daunting and depressing for readers and listeners and, because it is poorly understood, the term is misapplied to environmental problems which may have no connection with it. 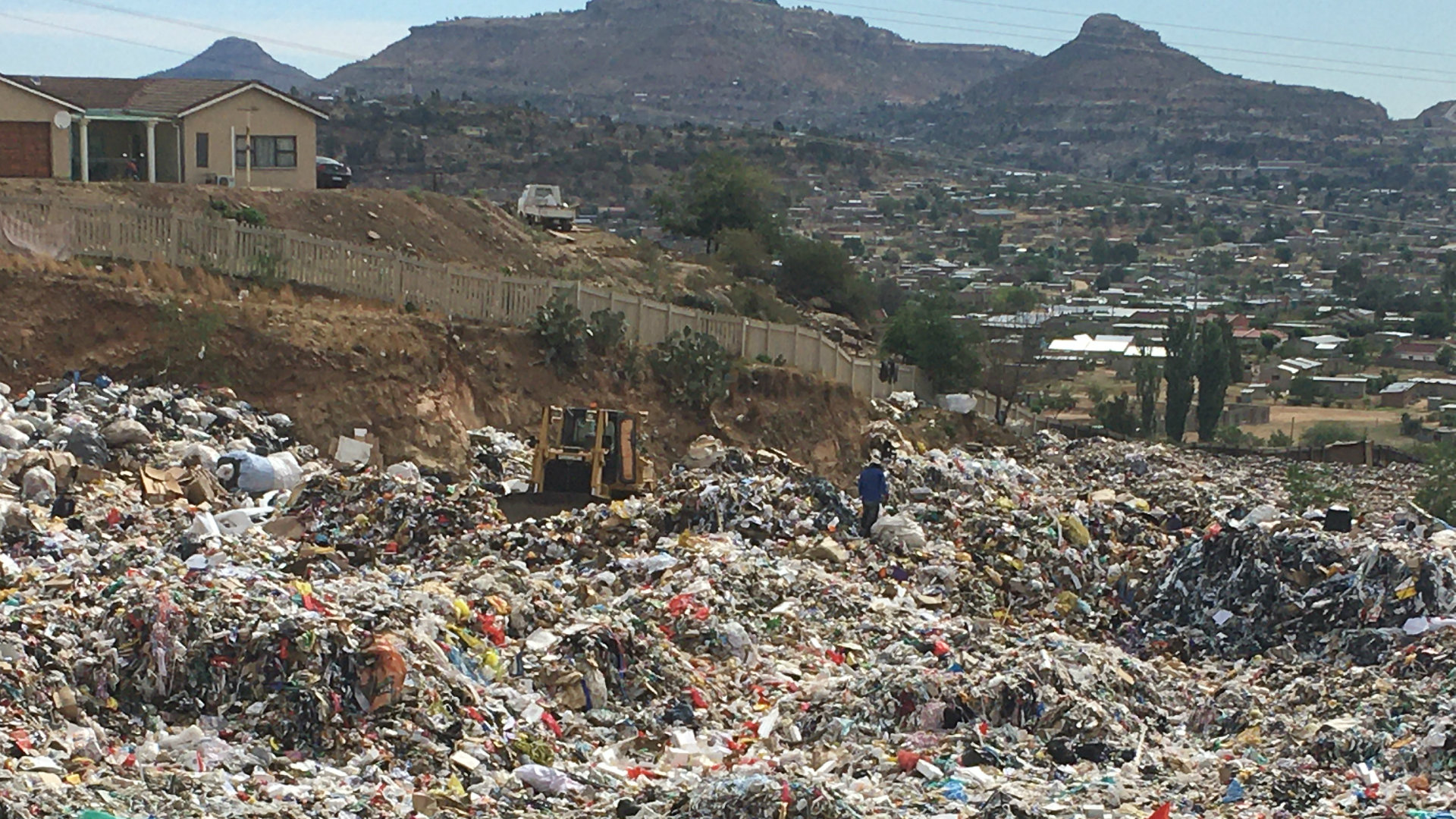 Waste disposal presents a huge challenge in Lesotho. Plastic waste is dumped in many areas, often on empty stream and river banks, from where - even in a landlocked country - it will eventually reach the sea.

There have been reports in the media of explosions and fire deep beneath the waste at the capital Maseru’s main rubbish dump. When the journalists visited as part of the training, many were shocked to see the reality of their city’s waste problem. Smoke could be seen coming from the bottom of the tip, just above a pool of clearly polluted run-off which drains into a local stream. People working on the tip appeared to have little or no protection and it was not clear which of them were there officially and which were scavenging for potentially useful materials among the rotting food, nappies and other waste.

The first aim of the foundation's training programme was to point the journalists to reliable sources of accurate information about climate change and how it relates to specific phenomena, like this year’s drought or a spell of unusually hot weather.

For a country which contributes relatively little to global carbon emissions, the news relating to climate change can appear overwhelmingly negative, a list of the bad things which are going to happen to people in Lesotho unless the world’s big polluters carry out their promises to cut their pollution, so the second aim of the training was to help journalists find ways of reporting the subject which are relevant to their audience in specific ways and which interest, engage and empower them.

The reporters were encouraged to look for examples, from the whole of southern Africa and beyond, of initiatives which address the need to adapt to the expected impact of climate change and, when highlighting a particular problem in Lesotho, they can also draw attention to potential solutions from elsewhere.

Reporter Limpho Sello plans now to bring the human face to the story of how the drought is affecting the people of Lesotho.

The British High Commission in Lesotho is making climate change and the wider environment a priority in the run-up to the UN Climate Change Conference, COP26, to be held in Glasgow in 2020. High Commissioner Anne Macro would like to see the Government of Lesotho joining forces with other small countries on the receiving end of climate change - like the Maldives - to put pressure on the big polluters. Media coverage which increases understanding and brings the problem to the attention of politicians and the public is one way of pushing the topic up the political agenda.

James has worked on a number of training programmes for the Thomson Foundation. He is a former BBC environment correspondent and university lecturer.