Extending our reach to a wider audience

It was a year when the foundation reached a wider audience than ever before – in terms of country, age and occupation.

The increased activity was driven by several factors. First, digital media brings an ever-changing approach to the training programmes run by the Thomson Foundation. The 2017 review shows that our universe now comprises all of those who participate in media – from professional journalists, to citizens seeking a voice for the public good and governmental, and non-governmental, organisations in search of the best ways to engage with media.

Second, two major initiatives came to fruition during 2017. Our e-learning portal launched successfully in November, with more than 1,600 enrolments from over 100 countries in the first two months. At the same time, our new German partner organisation – Thomson Media gGmbH – opened in Berlin enabling a greater focus on programmes in central and eastern Europe.

Our annual review for 2017 is online. You can view it here 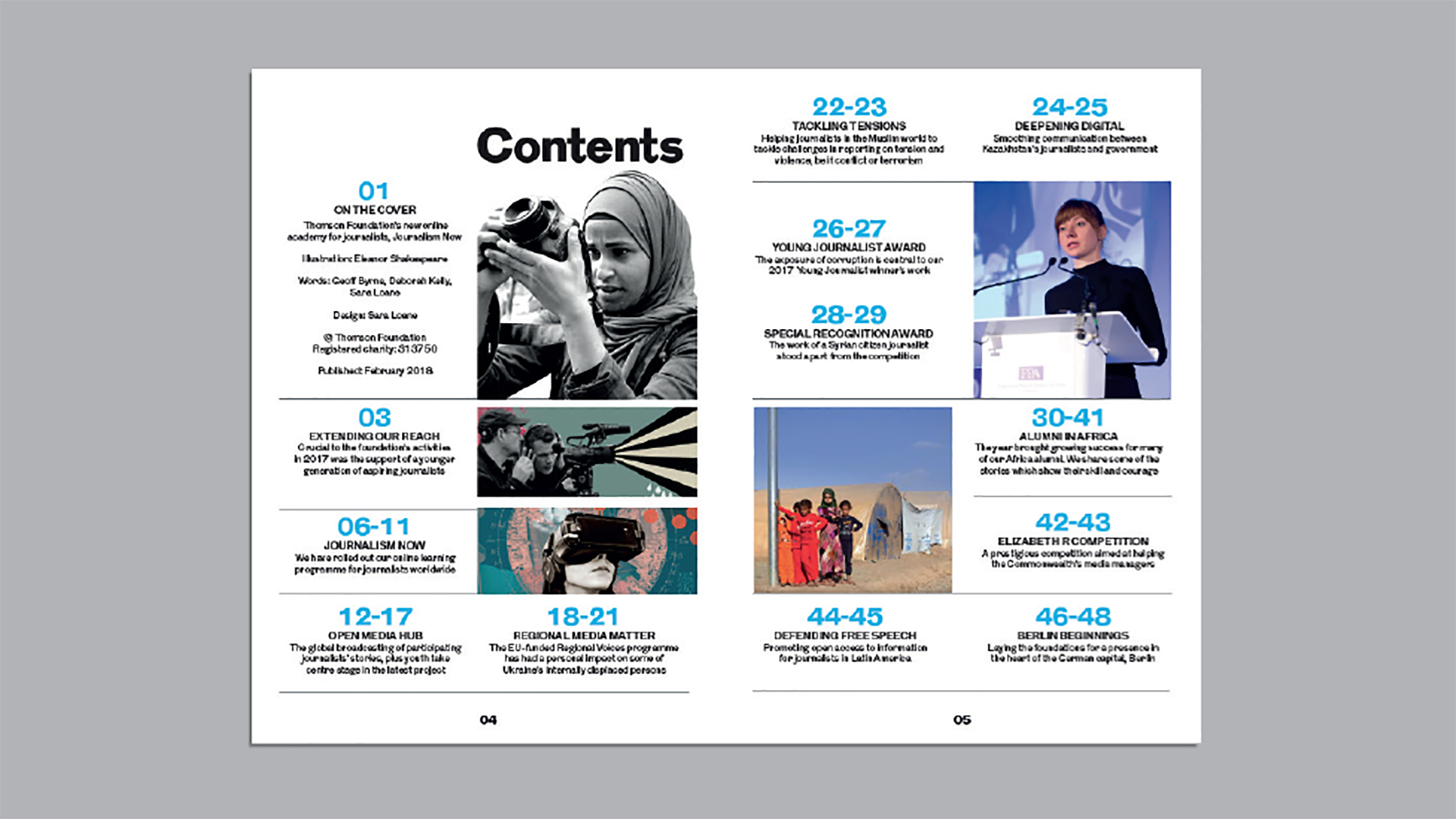 Crucial to the 2017 activity was the support of a younger generation of aspiring journalists and content creators. Under the theme of “Being 20”, we have supported a large youth audience telling their stories in video, as part of our leadership of the OPEN Media Hub – a European Union project supporting independent media in 17 of its neighbouring countries.

In addition, nearly 500 journalists and media professionals from across the globe took part in three flagship competitions we sponsored. We were proud to run the Thomson Foundation Young Journalist competition for a fifth year, and again sponsor an international competition to find the most creative mobile journalists.

For the first time, we ran the Commonwealth Digital Challenge under the banner of the Elizabeth R Media Fund. With the consent of Buckingham Palace we have taken over a smaller charity which is now directed at helping aspiring media managers in the Commonwealth tackle issues caused by the transformation to digital technology.

But from Honduras to Kazakhstan, and Ukraine to Sudan, we also continued with our traditional activity of providing high-quality training and consultancy to ensure the spread of the best contemporary media skills across the globe. 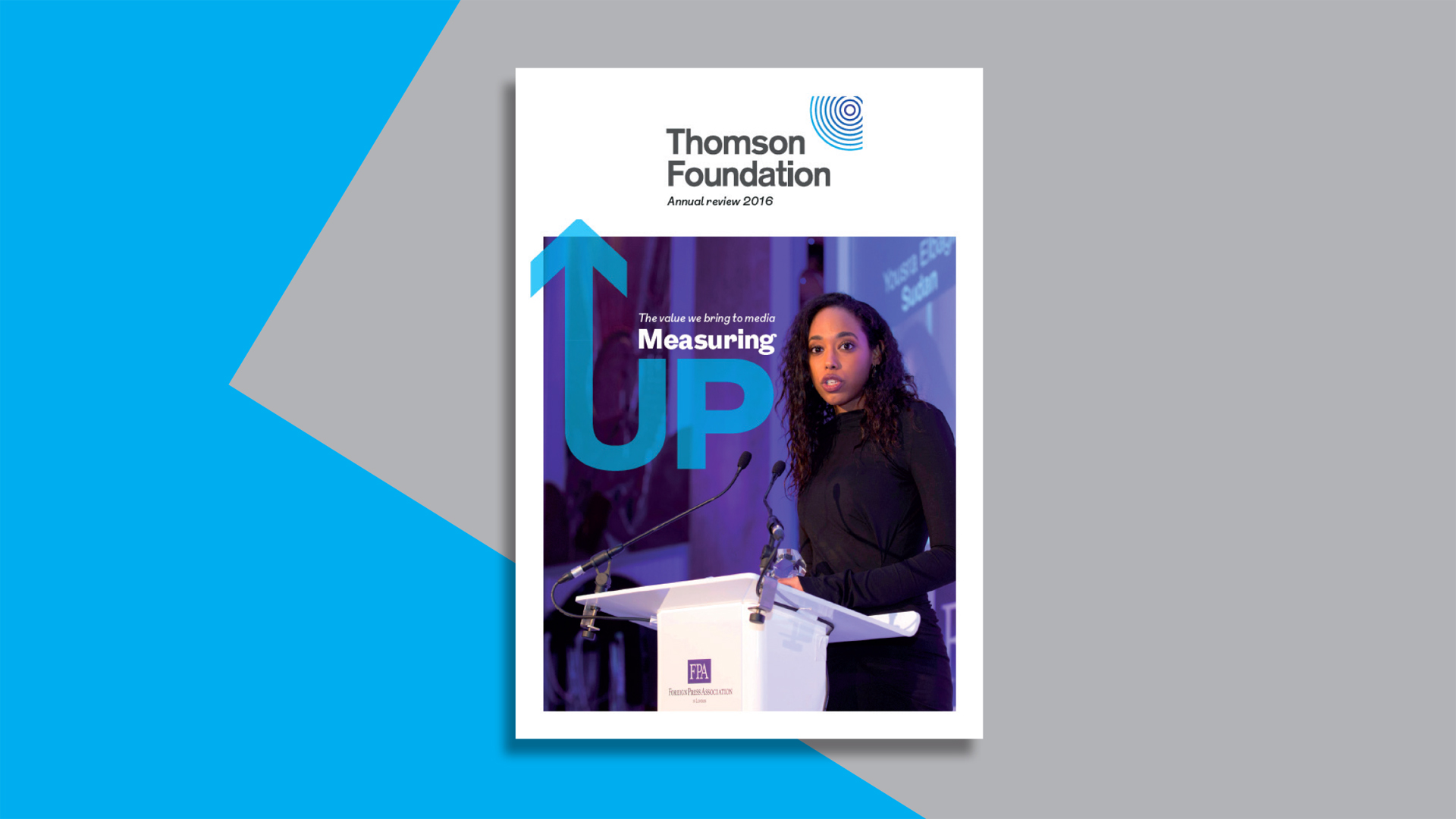 In 2015, we had undertaken more large-scale projects than ever before

About: Lord Chandos has more than 25 years’ experience of advising the media industry. He has been a member of the House of Lords in the UK Parliament since 1982.