What have you been up to since winning the Thomson Foundation Young Journalist Award?

This year has been a roller coaster. After winning the award, I returned to news of making it to the last round of another award – the David Astor Award. I was nominated by someone from the Uganda Human Rights Commission, and that in itself was huge. I went on to win and got to spend the next two months in London working for The Times and The Observer/Guardian.

You arrived in London during the Brexit debate. What was that like for you?

I suddenly learned so much about Britain. I saw news change in an instant. I saw a country running headless, newsrooms going crazy, sides being taken. It was a lot to take in. I have never seen so many reporting angles given to one story during my time as a journalist. I also learned to appreciate data as immigration was the main focus of my assignments and very much at the heart of the debate. 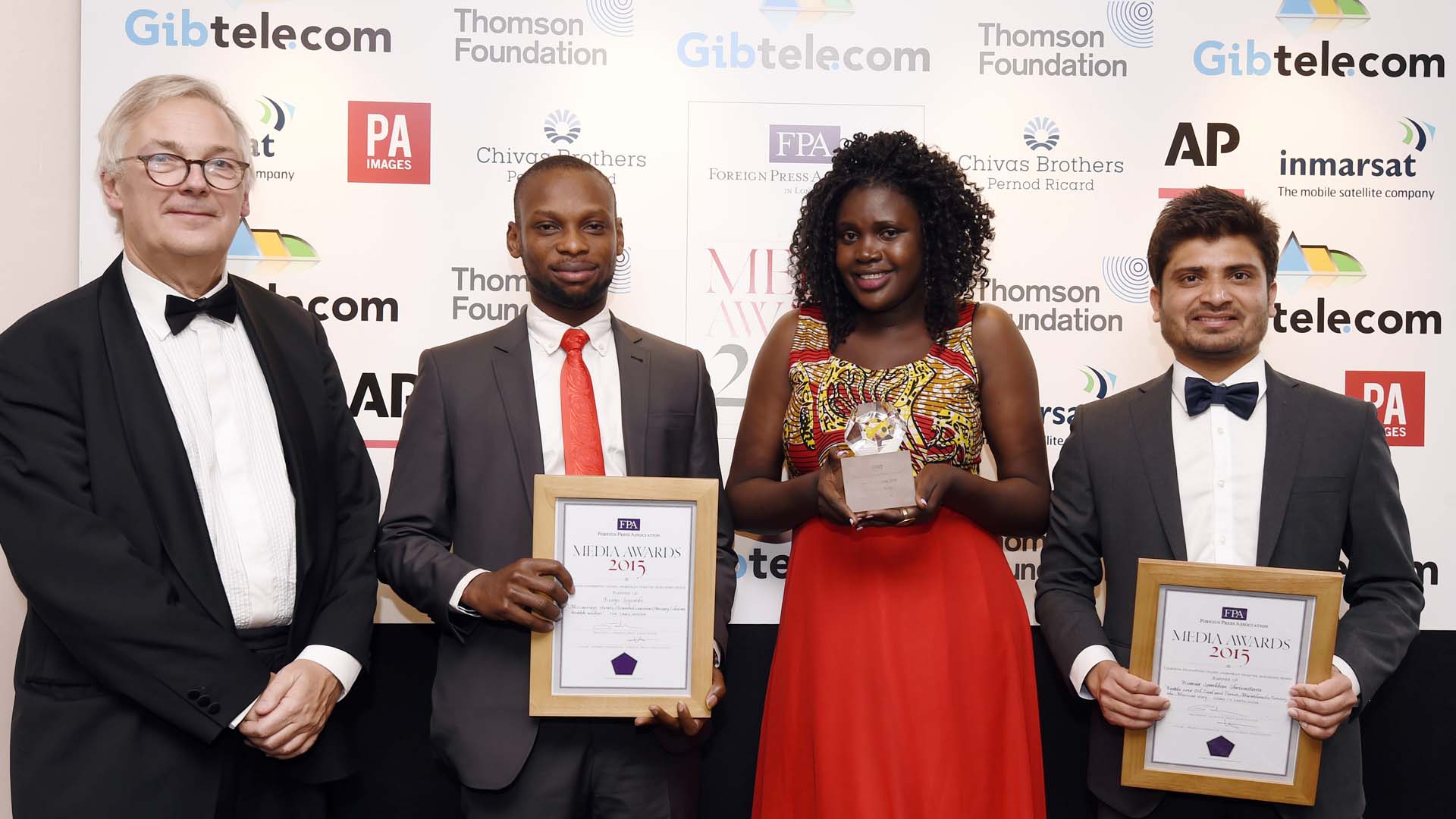 This award came with enormous exposure. I walked into a meeting with ambassadors and they all stood up.

What has surprised you about the way UK newsrooms work?

There’s very little hierarchy. Unless told, it is difficult to differentiate between editors and writers, especially during meetings. In newsrooms like The Observer, the boss pitches in just like everyone else. It was also fascinating to see how trending social media topics are turned into news features. A speech by my Ugandan president went viral back in the summer after his remarks mixed up Israel and Palestine. Thousands took to social media to poke fun at him and his press secretary was forced to attempt damage limitation on Facebook. It was a story I covered for the Guardian.

How have things changed for you in Uganda as a result of your Young Journalist win?

A lot has changed. This award came with enormous exposure. I once walked into a meeting with ambassadors and they all stood up. I wasn’t just Caroline Ariba anymore, but a multi award-winning and respected journalist. The win has given my by-line strength.

What challenges do you continue to face as a journalist working in Uganda?

The biggest frustration would be access to information, especially as a result of bureaucracy and complacency in our public offices. Some stories are a no-go area and it’s difficult to complete them because the people who are supposed to provide the information just will not give it. Government reaction to stories is also, almost always, non-existent.

What’s next for you?

I’m currently working on some investigative assignments for The Observer tackling illegal cross-border activities, some involving the developed world’s depletion of African resources. Given that they are undercover, I can’t go into detail on them.

Where are you hoping your work will take you in the future and what might help that progress?

I would love to work on some amazing investigative projects and continue highlighting societal issues that will blow up dialogue. Widening my digital media knowledge will help my stories reach a larger, more international audience. I also hope to one day become part of a dedicated team that offers support and opportunities to journalists in the developing world, much like the Thomson Foundation.