Mojo: from periphery to the mainstream of journalism

Mobile journalism, or “mojo”, is quickly moving from the periphery to the mainstream of journalism.

Dwindling budgets and improving technology are good incentives and it makes sense to use mobile to create content when the majority of the audience is consuming it on their mobiles anyway.

MojoCon, an international media conference held annually in Dublin, highlighted how mobile journalism is much more than a cheaper way to do produce video content on the go.

It overcomes barriers, gets close to the subject and gives the journalist unique and special access

Geertje Algera from KRO-NCRV in Holland talked of how, by using her iPhone kit, she is able to get much closer to her interviewees because people often don't feel as threatened by a phone than by a large camera. She is often granted exclusive access because her phone is considered “non-intrusive”.

Other speakers at the conference talked of their ability to capture footage at major disasters such as earthquakes more easily and less conspicuously using mobile phone kits.

It can survive disasters – a camera and a satellite news gathering system in your pocket on which you can film, edit, transmit, and go live from anywhere.

BBC's Nicholas Garnett is one of the early adopters of mojo and is a living example of its power. He recalled how his mobile continued to work in Nepal when the infrastructure had collapsed after the earthquake and how he was able to go live and transmit footage to the newsroom using his phone. ABC Australia's Siobhan Heanue used her mobile to provide rolling coverage of the earthquake and its aftermath in Kathmandu in the same challenging circumstances

Apps and accessories are constantly being developed that will enable journalists to leverage the technological features in mobile phones and tablets. 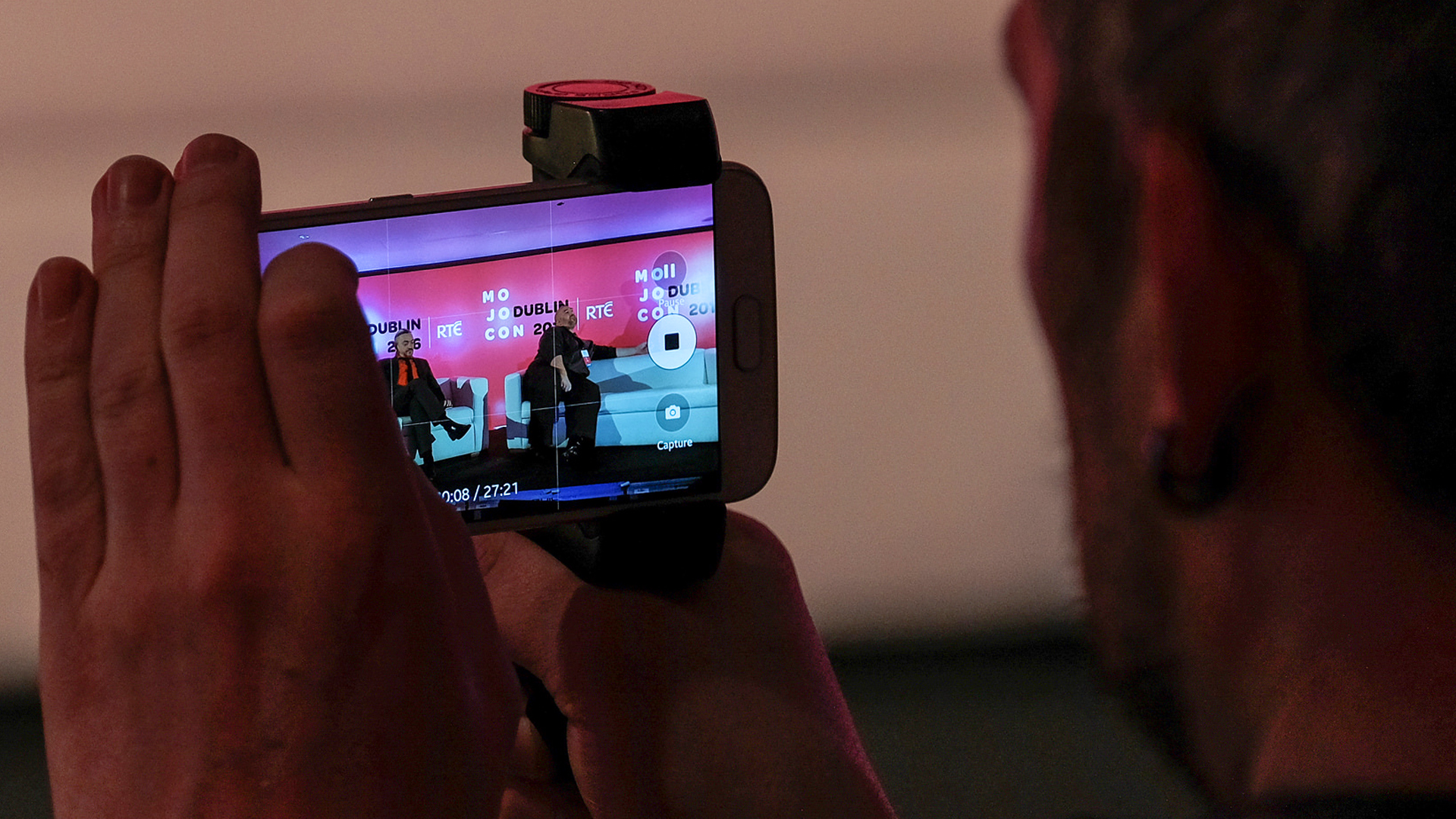 From the ability to conduct a three-camera live interview on location using just a three-person crew with iPads to the ability to add graphics, use drones, or even film in 4k resolution or ultra HD, apps and accessories are constantly being developed that will enable journalists to leverage the technological interactive features in the mini computers that are mobile phones and tablets.

RTE's Philip Bromwell illustrated how RTE was able to provide a much richer coverage of the Irish elections to its audience by encouraging its reporters to use their mobiles to capture and publish additional content from the election counts. As a result RTE was quicker to inform its viewers and offered it a service that other broadcasters didn't.

Using mojo Phyllis Stephen founder of hyperlocal news website The Edinburgh Reporter can hold her own in her market against big players like the BBC.

So what would be possible if you included mojo in the design of your news operation right from the start?

AJ+'s founding editorial lead Abdaullah Mussa confirmed that despite having an open budget, AJ+ put mojo tools at the heart of its newsgathering rather than conventional broadcast equipment because it enabled it to experiment and create the type of content that has made it successful.

Using mojo, Geoffrey Roth created a local network in Houston in the US that embedded its journalists in its local community with reporters being able to report and go live easily and unobtrusively and, yes, much more cost effectively.

Does mobile stand for "mobile phone" or "mobile device"?

There was some debate on whether MOJO stood for journalism conducted using smart phones or simply using mobile devices. As the media industry begins to embrace mojo, what will happen when the likes of Sony or Panasonic embrace its form factor?

What seemed certain is that if mojo is to become mainstream outside Europe and the US, Android-based mobile journalism has to be embraced and developed, as iPhones are expensive and not the phone of choice in many places.