"My heart beats faster when I have a story" – Wendy Funes

Honduran journalist Wendy Funes received special recognition at the Index 'Freedom of Expression' Awards in 2018 for her hard-hitting investigative journalism.

A year earlier, she had completed a data journalism course run by the Thomson Foundation and was then mentored as part of the programme.

Index, which campaigns against censorship, describes Wendy as "...a courageous female voice, writing in a corrupt and violent society... where women are regularly subjected to severe domestic violence, and often killed."

The situation for Honduran media has worsened steadily over the past decade. The foundation's courses, run there as part of the Media4Democracy programme funded by the European Union, cover freedom of expression, access to government digital platforms and ethical data usage.

Wendy feels the training she received from the foundation was invaluable to her work as an investigative reporter with her newspaper Reporteros de Investigacion:

"One of the foundations of our editorial policy is that we want to focus on data journalism," she says. "We took the first steps thanks to Thomson Foundation."

It's not easy being a journalist in Honduras. "There are many crimes against journalists, and the perpetrators get away with it," she says.

"Seventy-five journalists were killed in Honduras in 2018."

"...a courageous female voice, writing in a corrupt and violent society... where women are often killed."

For one article, Wendy had her own death certificate issued so that she could reveal the corruption in the civil registration office. For another, she accessed public data and, using her data journalism skills, she discovered that a higher number of corpses are discovered in the capital city’s main river at points close to police or military stations. She is continuing her investigations.

"My heart beats faster when I have a story," she says. "I am always asking God for strength to challenge media censorship."

Thomson Foundation is committed to working in Latin America to improve digital journalism and access to information.

The latest course was in Paraguay called 'Digital Convergence: Quality, Information and Immediacy'. Its aim was to increase the quality of coverage of current affairs in the country's digital media and ensure a quick response to the audience's demand to know the news as it is happening.

Among the topics covered by the journalists were:

Strong emphasis was placed on building an audience and understanding how to generate income.

This commitment to Latin America will continue in 2019, initially in Bolivia and in Argentina.

A general election will take place in Bolivia in October, and the foundation's course for journalists on verification techniques in digital media – funded by the British Embassy in La Paz – is aimed at helping the electorate receive balanced, accurate and informed coverage.

More than seven million people, which is almost two thirds of the population, now regularly use the internet in Bolivia according to recent figures, encouraging media organisations to focus on a digital strategy to reach their audience.

In Argentina, Thomson Foundation's "Ethics in Digital Media" course, which is funded by the European Union, will focus on quality of coverage, transparency, fact-checking, data journalism and investigative reporting. 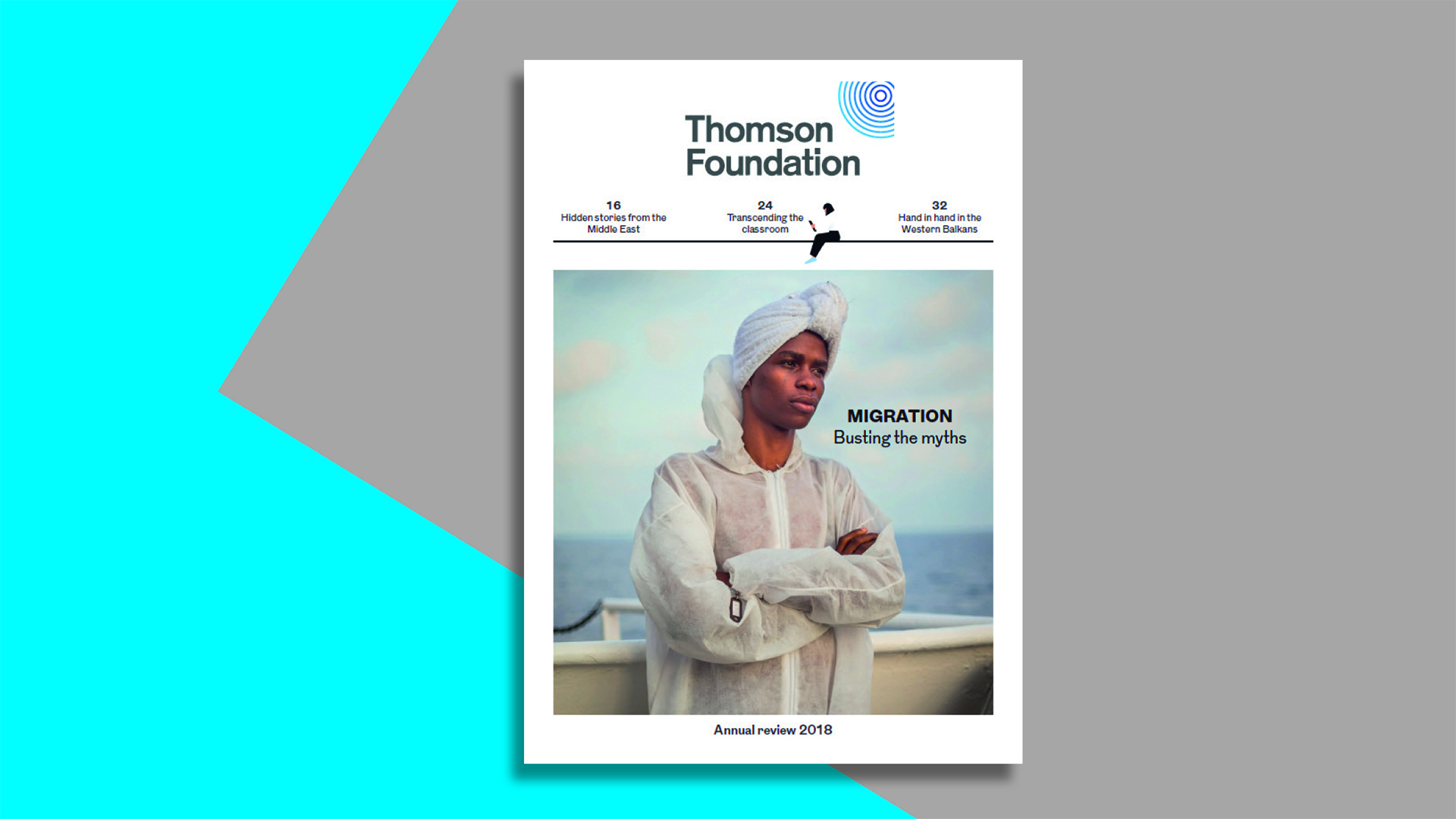 Our 2018 annual review has landed on site 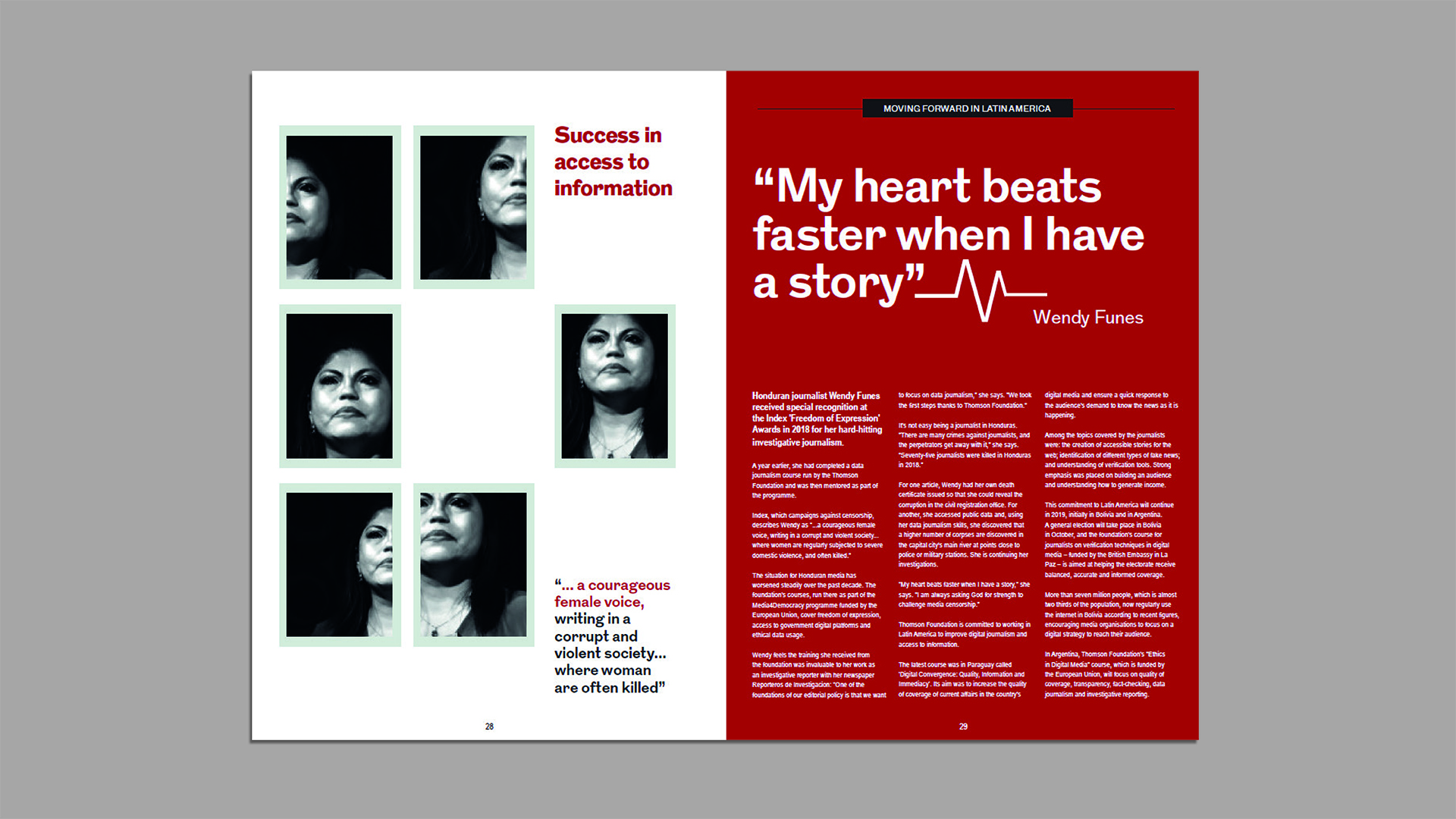 Slow connection? Want a faster download? A smaller version of the annual review is available to download here.