Waad Al Kateab is a young citizen journalist whose films from inside Aleppo drew the attention of the world to the horrors of the Syrian city under siege.

Much of her reporting, broadcast on UK television’s Channel 4 News, was filmed in the emergency room of the Aleppo hospital where her husband, a doctor, worked.

Here she captured unimaginable suffering — the dazed, bloodstained children brought to the hospital, the families learning of the deaths of loved ones, the exhausted doctors trying to cope.

She did this without intruding, a skill that takes seasoned journalists many years to master. It's this skill that has been recognised by the Thomson Foundation, who presented the filmmaker with a special one-off award for Outstanding Coverage of a Continuing Story at the UK Foreign Press Association (FPA) gala awards night.

"There was no time to think that I was brave when I was there, but always I found a strength that I never knew before," she says. "Belief in a cause gives you the courage."

Story of hope and survival

Amongst Waad's work viewed by the judges at Thomson Foundation and the FPA was a film documenting the suffering of a pregnant woman, injured on her way to hospital by a barrel bomb. In labour and with shrapnel lodged in her stomach, doctors performed an emergency C-section. After failing to locate a heartbeat, doctors pumped the new born's chest, gripping him by the feet and vigorously rubbing his back, until finally, after 20 minutes, there was sign of life: a cry.

On a day when 45 people were killed in the attack, Waad’s story of survival and hope reached more than a million views immediately after it was uploaded to YouTube.

Inside Aleppo: A new life in a deadly city (distressing scenes)

Dedication of the ill-equipped doctors to save nine-months' pregnant, Mayissa, and her baby

"Waad filmed beautifully in Syria; self-taught, mother of a toddler and gave birth to a baby during the whole business of filming, and that informed the beauty of what she did. It took us right inside a woman's perspective of what it is like to be inside Syria", said Jon Snow, presenter of Channel 4 News, who accepted the award on Waad's behalf.

"Her work has been seen by 500 million people around the world. An incredible feat for someone who literally picked up a camera, taught herself and produced the most wonderful images in the most terrible conflict."

Waad has done that most important thing in journalism: she humanised the victims.

Waad’s work was originally submitted for the Thomson Foundation Young Journalist Award and reached the final four from 236 entries from 60 countries.

However judges from both the FPA and Thomson Foundation had lengthy discussions about comparing the unique and brave work of Waad’s filmmaking, with other entrants who provided a portfolio of predominantly investigative stories.

“The judges from both the FPA and Thomson Foundation felt that while her filmmaking was of a different style to the other entries for the Young Journalist Award, Waad’s exceptional courage, skill and video storytelling deserved special recognition,” says Nigel Baker chief executive Thomson Foundation.

"Thomson Foundation's Special Recognition Award gives me hope to complete my work and highlight the suffering of my people which deserves attention and assistance," says Waad.

Collectively Waad’s films for Channel 4 News have received almost half a billion views online, making them the most watched reports by any one filmmaker. She is now safely living in Turkey and hopes one day to return to Syria. No images are available of Waad (an alias she uses) out of concern for her safety.

Trapped and injured in a tiny piece of a broken city, bombed from the air and surrounded by rebels

Inside Aleppo: The tale of the flower-seller

Amidst the destruction and grief in Aleppo, a garden centre, supplying plants and blooms

Now in its fifth year, the Young Journalist Award is one of the highlights of the UK's Foreign Press Association Awards. The competition reopens in July 2018. For notifications and updates on this award and Thomson Foundation's other journalism competitions, sign up to the newsletter. 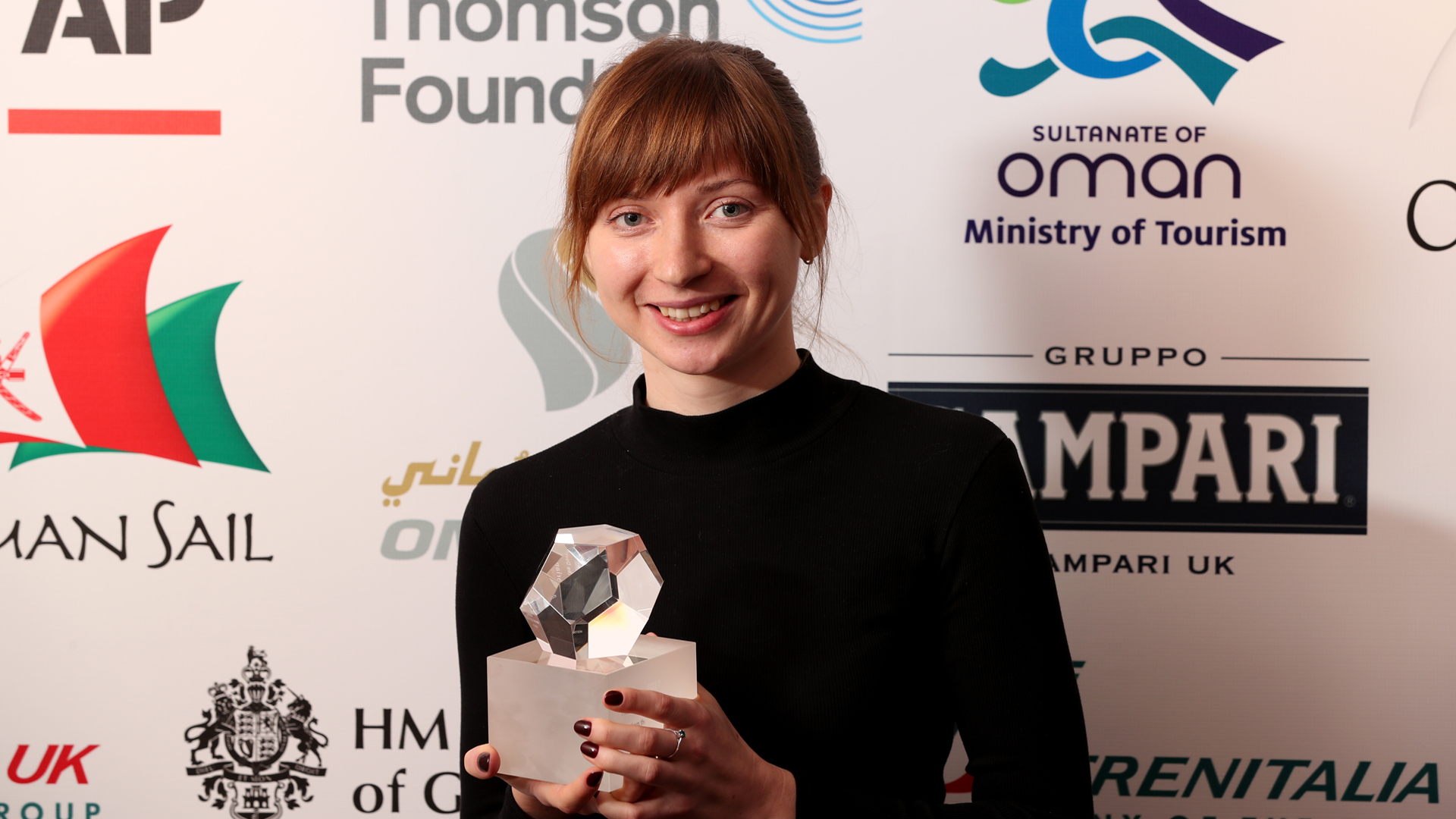 Mariana Motrunych, a reporter from Ukraine, has won the 2017 Young Journalist Award 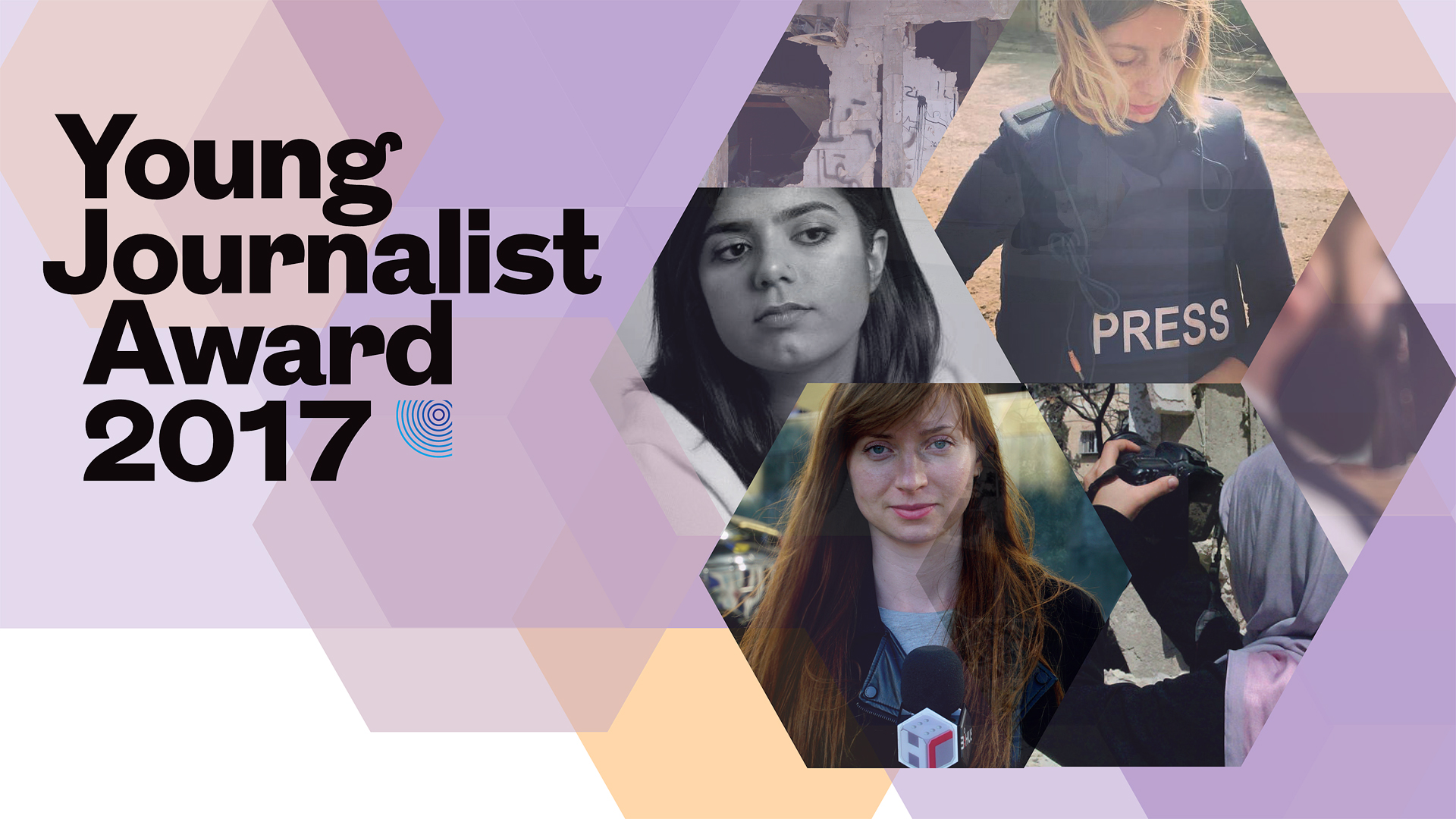