Nothing but the truth: the young journalists defending media freedom

Concern over the growing threat to the safety of journalists is at the heart of an international campaign to defend media freedom.

Led by the UK and Canadian governments, the aim is to shine a global spotlight on free media and increase the cost to those that are attempting to restrict it. The campaign culminates in the Global Conference for Media Freedom in London on 10th and 11th July, 2019, which brings together global leaders and representatives from the media industry, journalists, civil society and academia.

The conference, which Thomson Foundation is attending, is timely as we launch our prestigious Young Journalist Award and highlight the work of three former winners – from Sudan, Syria and Russia – who, by their courage and determination, work tirelessly to root out the truth and hold the powerful to account.

Yousra Elbagir, Waad Al Kateab and Alisa Kustikova remind us that journalists often have to fight for the cause of media freedom, in the public’s service, at great personal risk. 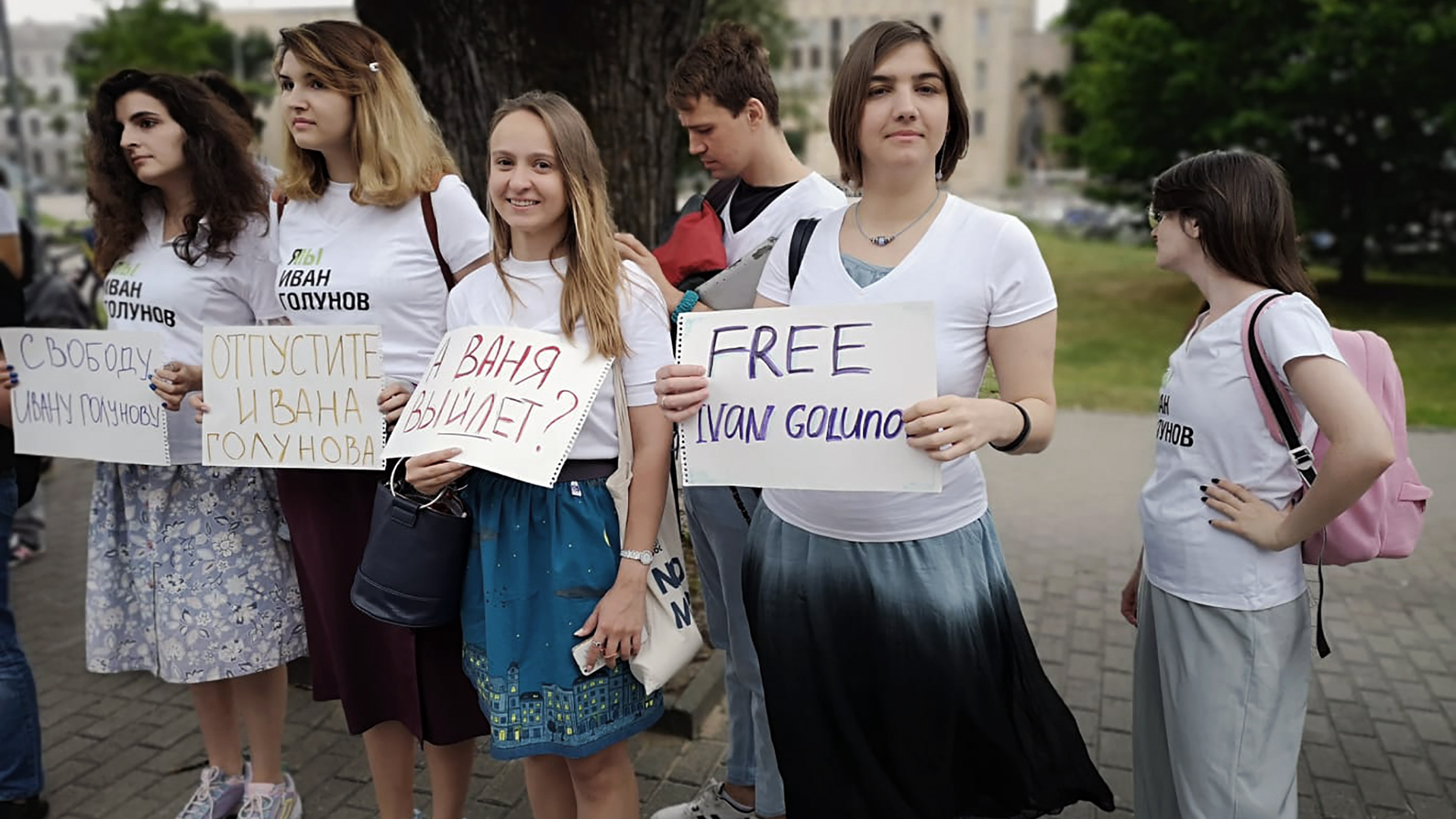 Solidarity of the media: the power of collective outrage and action

“Russian society is in need of reliable reporting, not reporting that is distorted by propaganda or fake information,” says Alisa Kustikova, whose “brave, impactful reporting” won her a Young Journalist Award. “Russians are experiencing a total distrust of journalism and journalists. There are too many lies being told on central channels.”

In June 2019, in a bold call for press freedom in the country, three influential Russian broadsheets – Vedomosti, Kommersant and RBC – used their front pages to speak out for detained journalist, Ivan Golunov, known for his investigative work probing corruption.

The editorial, titled “I Am/We are Ivan Golunov”, was an unusual show of media unity in the country after Ivan’s arrest for serious drugs offences. The charges were widely viewed as an attempt to muzzle the journalist and were thought to be connected to a secret investigation he was working on at the time.

Reports also suggested that he was beaten in custody. A series of forensic tests later failed to establish any link between the journalist and the drugs that were found and Russian authorities dropped all charges. 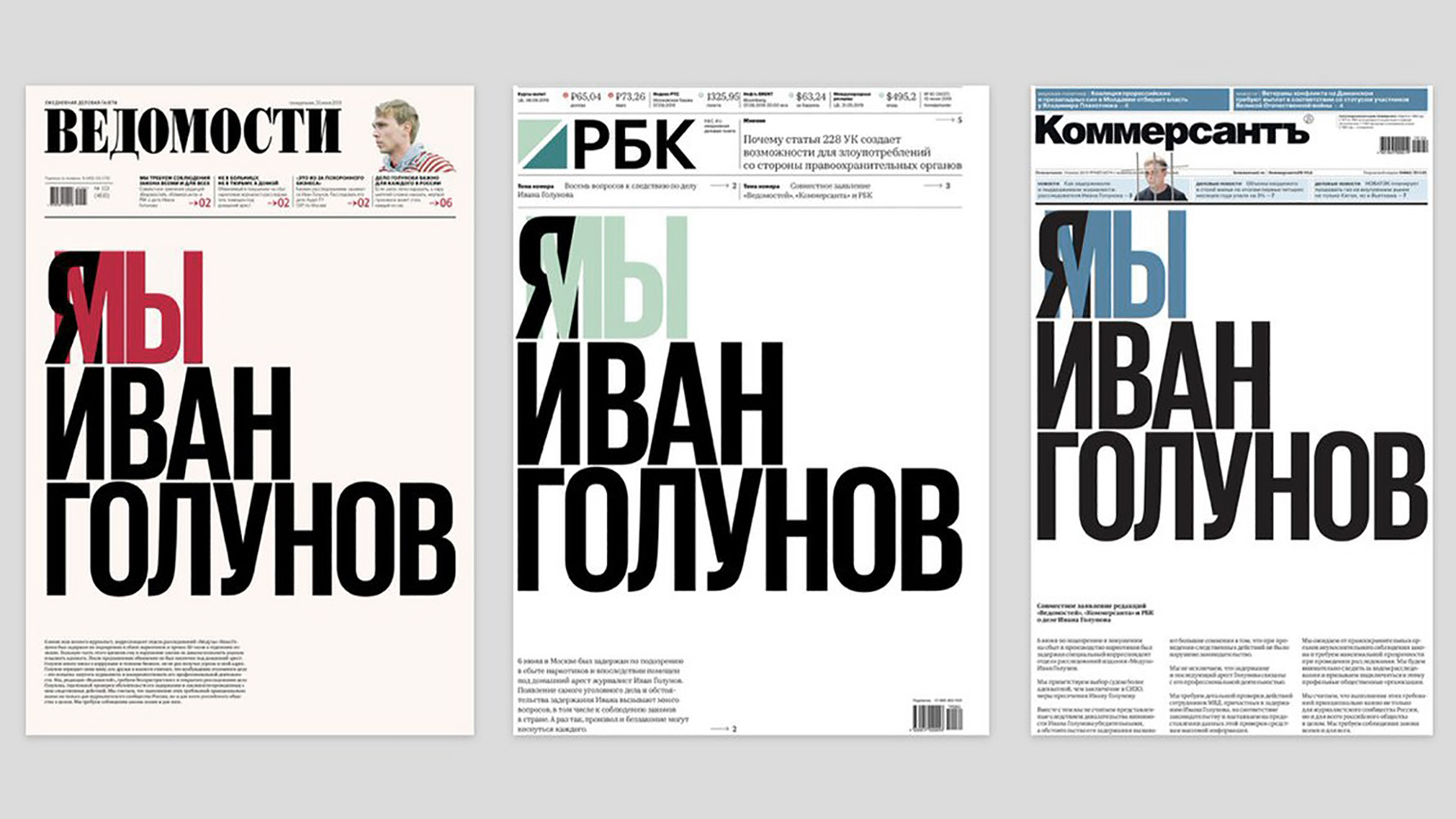 There was a national outpouring of solidarity with Ivan, and Alisa was one of many defenders of transparent Russian journalism who lobbied his case. The decision to release Ivan – a highly unusual move for a system that rarely makes U-turns – was seen as a response to passionate protests that had broken out following news of his arrest.

“I was one of thousands of journalists across the country, supported by the public, who took to the streets to say “no" to an attack on journalism,” says Alisa.

“Nowadays, journalists in Russia are fighting not just for their profession, we are fighting for our future. I believe in journalism that helps society and, as the story with Ivan Golunov demonstrates, Russian journalists are able to achieve a lot if they all unite.”

Soon after his release, Reporters Without Borders tweeted: "We hail the historic mobilisation of the Russian civil society. Now those who tried to set him up must be judged.”

But the intimidation and persecution in Ivan’s case is far from the first, and the risks do not end there, according to Alisa, who works as an investigative reporter in the Moscow office of Novaya Gazeta, one of the few outlets for hard-hitting independent journalism in Russia. She talks of six former Novaya journalists who she says had been murdered for their investigations, including the newspaper’s founder, Yury Shchekochikhin, and Anna Politkovskaya, known for her criticisms of Russia's actions in Chechnya. “It’s a great honour for me to continue their work,” she says.

Alisa's reporting includes coverage of a loan shark business that tricked thousands of people and the astonishing practice of ‘carousel voting’ during elections in St Petersburg. She is the first Russian to win the Young Journalist prize, which is part of the UK Foreign Press Association (FPA) Awards.

Surviving the siege: war from a strictly female perspective

“In Syria, the citizens joke that even their thoughts and dreams are controlled by regime forces,” says Waad Al Kateab.

The Syrian filmmaker won a special, one-off Young Journalist Award for ‘Outstanding Coverage of a Continuing Story’ in 2017 for her unflinching dispatches to the UK’s Channel 4 News showing life and death in the besieged Syrian city of Aleppo.

In a highly state-censored country, which denied local TV from reporting the conflict and banned foreign journalists, Waad made sure her camera was never turned off.

“If this footage isn’t taken, these stories will all die, and that’s it,” she says. “I considered myself a witness to something really important. It was my responsibility to my city, its people and our friends to say what happened and get all the details out.”

The growth of citizen journalists like Waad, who was an economics student at the University of Aleppo when the conflict began, isn’t often a conscious choice but the result of a series of emotionally-charged events. "We felt the only thing we could do, as Syrians who really believe in what’s happening, is to film whatever you see around you. No one can ignore this when it is recorded.”

Her footage, viewed hundreds of millions of times on YouTube, included the story of a new-born baby being resuscitated after doctors were forced to perform an emergency caesarean on a woman who had been hit by shrapnel.

The story was one of three exceptional reports entered for the Young Journalist Award on behalf of Waad by Channel 4 News.

“It’s our story, our voices and I’m proud of it”

Until now, Waad had been forced to conceal her true identity and adopt the pseudonym Al Kateab, which she continues to use for filming, to protect her and her family from being targeted and silenced by regime forces.

She and her family (including a second daughter, Taima) are now settled in London, where Waad has collaborated with Emmy award-winning filmmaker Edward Watts on the documentary, For Sama, dedicated to her first daughter, Sama, who was born during the height of the conflict.

The film is cut from more than 300 hours of footage drawn entirely from Waad’s extraordinary archive of filming over five tumultuous years, from the first hopeful protests against president Bashar Al Assad in 2011 as the Arab Spring took hold, to the events that marked Aleppo’s final year under siege.

It’s a rare and deeply personal account of war from a strictly female perspective, winning best documentary at this year’s Cannes film festival and receiving a rapturous response at its UK premiere at Sheffield Doc/Fest in June. The documentary will be released in cinemas and broadcast in the UK and US in the autumn.

"It's our story, our voices and I'm proud of it," says Waad. "This film is also for the people we lost – a testament to their sacrifices." 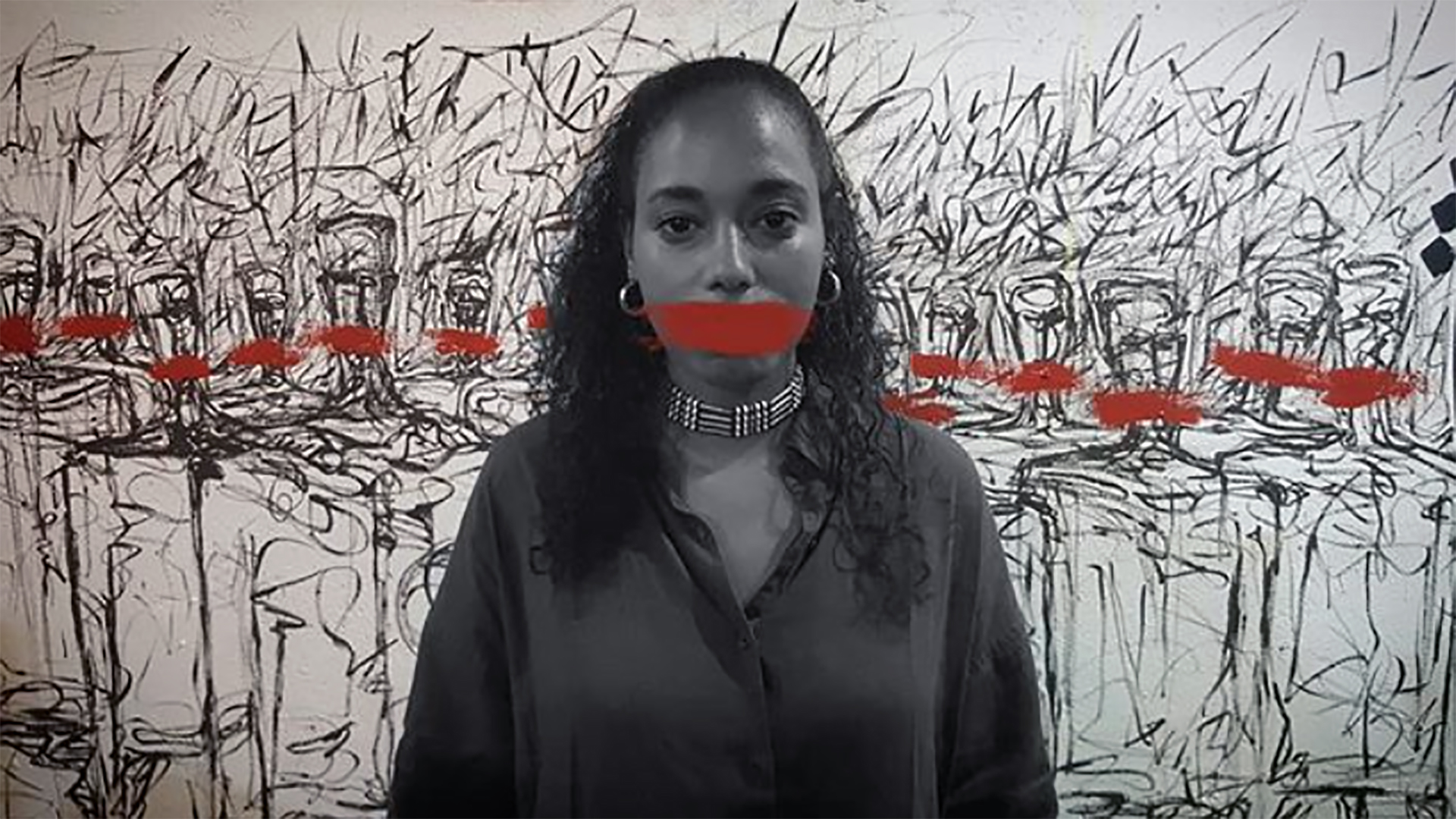 Yousra Elbagir, a 2016 Young Journalist Award winner, has been using her status as both a Sudanese citizen and a British-educated foreign journalist to help break the media silence in Sudan and cover the deadly crisis.

She is among a number of leading women who have become vital in pursuing the truth and ensuring it spreads internationally following months of mass rallies to oust Omar Al Bashir, after three decades as president, and transition to a civilian government in the country.

“The media’s role is to reflect the realities on the ground. Our job as journalists is to educate and inform,” says Yousra. “A lot of the people that are amplifying what is happening in Sudan right now are women.”

Price rises and food shortages first sparked unrest in December, 2018 (the protests were covered by journalists trained by the foundation). A sit-in in the capital, Khartoum, formed in April 2019 to demand a ‘New Sudan’ and the start of democracy, but 3rd June marked a brutal turning point when regime forces rampaged through protest sites and massacred more than 100 unarmed civilians. Reports surfaced of militia forces dumping bodies in the River Nile, while subjecting protesters to rape, beatings and other acts of torture.

The censorship and intimidation of the media that characterised disposed Al Bashir’s regime continues with the military council currently ruling Sudan, reaffirms Yousra.

With a media blackout, and the internet almost completely cut off since 4th June, journalists’ ability to report on Sudan as it falls deeper into crisis is being severely hampered, as is the economics of a country that was already struggling financially.

“Freedom of information has always been a heartfelt concern. It’s a luxury that we shouldn’t take for granted,” says Yousra. “Having grown up in a family of journalists and publishers [her sister is award-winning CNN correspondent, Nima Elbagir] and under a heavily censored dictatorship, I have always been very aware of the extremely difficult reporting environment in Sudan.”

Despite the digital repression and repeated media abuses, Yousra has been reporting on developments within and outside Sudan as a foreign news reporter for Channel 4 News. With 62,000 Twitter followers, and growing, she has also been taking to the social media network, which now plays a major role in disseminating news, to ensure the world hears the developing story as it happens.

“It’s a month since the Khartoum massacre that shook Sudan and the diaspora to its core,” she tells her Twitter followers. “…The end of the Al Bashir administration didn't usher in democracy. But it signalled one thing to protesters and opposition leaders: that the revolution has only just begun.”

Young Journalist Award: How to enter

We're inviting entries for the prestigious Thomson Foundation Young Journalist Award on the day we attend the Global Conference for Media Freedom.

This is the seventh year of the award, in partnership with the UK Foreign Press Association, dedicated to finding and inspiring ambitious young journalists from across the globe. Judges of the award look for stories that are revelatory, prompt public debate and have led to, or have the potential to lead to, positive change in society.

Three finalists will be flown to London to spend two nights in the city and attend a gala awards night at the Sheraton Park Lane Hotel on November 26th, 2019, along with a host of other potential award winners and leading figures from the world of journalism.

To find out more, and for details on how to enter, visit our Competitions page or go directly to the entry form. 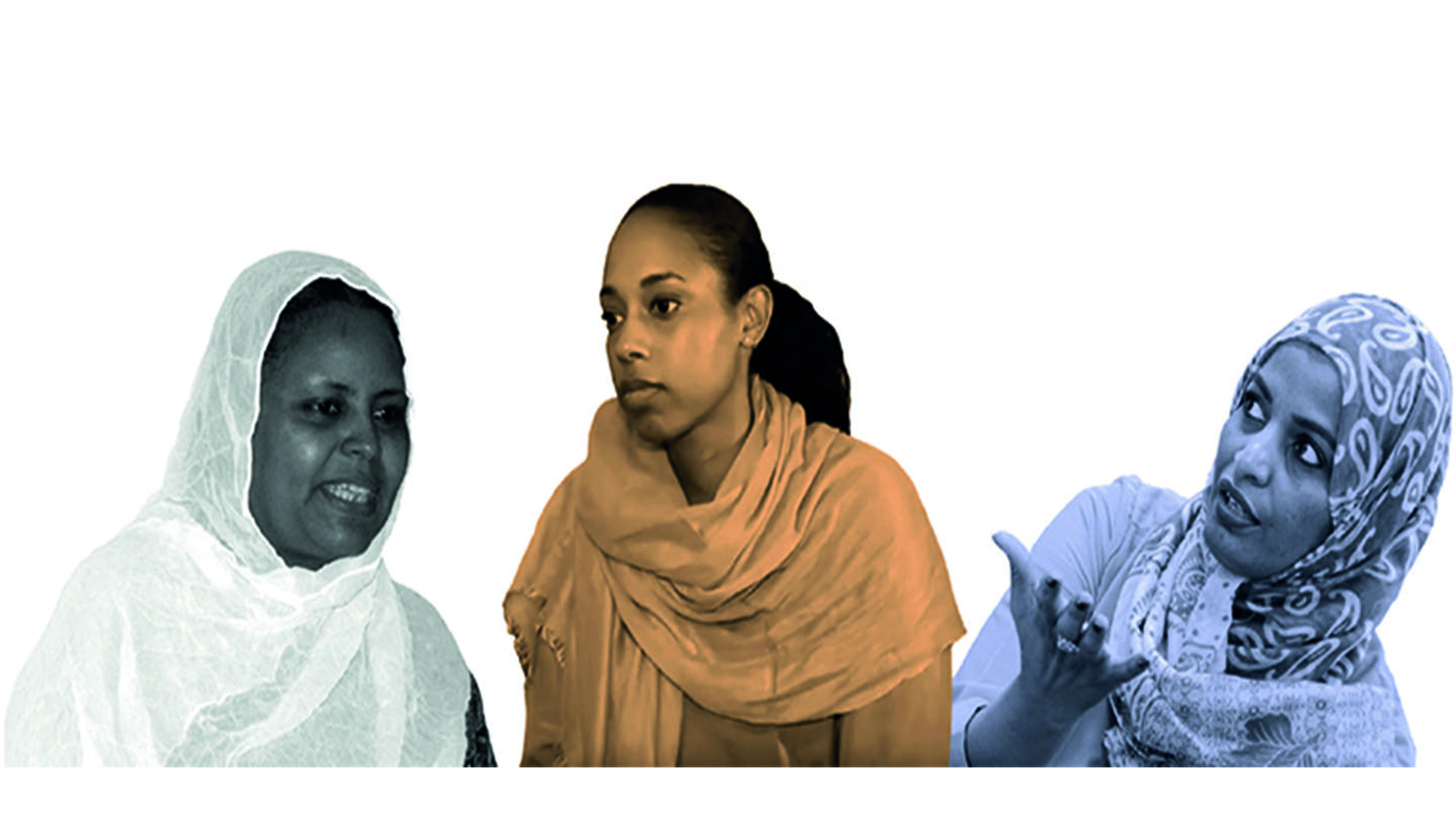 Fair and accurate reporting in a time of crisis

"My heart beats faster when I have a story"