Just a short time after graduating from university, Chelsea Geach and Torera Idowu have both built up presentable portfolios and are exploring new ways of bringing stories to life with video on smaller screens.

South Africa-born Chelsea Geach completed her Bachelor of Journalism at Rhodes University in 2012. Not long after, she joined the Independent Newspapers' Cadet School in the Cape Town region before becoming a full-time reporter for the Cape Argus. With digital training provided by colleague and 2014 Thomson Foundation summer course participant, Viasen Soobramoney, she is now playing a key role in progressing mobile journalism for Independent Media South Africa.

I hope to take back the skills that I’ll learn on the Thomson Foundation summer course to share with staff.

“Africa has seen tremendous growth in smartphone usage and, after learning about mobile journalism on the Thomson Foundation summer course, it made sense to set up a mobile journalism department at Independent Media,” says Chelsea’s mentor, Viasen.  “At the start of the project, I identified Chelsea to be part of my leadership team because of her skills and enthusiasm as a young journalist. Chelsea has shown tremendous potential in the field of mojo. Besides being a gifted writer, she is able to sniff out a story and has the ability to look at a variety of digital options to enhance that story. She is in essence, the complete journalist.”

With all those hats it’s no wonder Chelsea has scooped two awards in only two years in the industry. Last year she was Vodacom’s Journalist of the Year for her coverage around South Africa’s “abused” and “exhausted” junior doctors. The story, which revealed that young medical staff are experiencing burn-out, anxiety and isolation, also earned her the Emerging Health Journalist award at this year’s Discovery Health Journalism Awards.

“The awards have really been a massive surprise to me as I had only been working as a journalist for a short time,” says Chelsea. “It was the most amazing encouragement for a young journalist trying to figure out this crazy industry. I found it really heartening to know that I was on the right track.”

The mojo studio at Independent Media South Africa aims to create new and more engaging ways for people to consume news on their mobile devices and, since its inception in March, has produced well over 500 videos. “I head up the Cape Town unit of the mojo team,” says Chelsea. “I have four interns working with me and it's been a massive undertaking to train them not just in the basics of journalism, but also in the skills of producing video on mobile phones. We create original content, but also have access to stories and resources from the larger news teams and cover the most shareable news as video clips, augmented content produced by the print reporters with graphics and video vox pops, and produce content that speaks to trends online in easily digestible formats such as listicles and quizzes.

“I hope to take back the skills that I’ll learn on the Thomson Foundation summer convergence course to share with the staff at my company and better lead this exciting new department”. 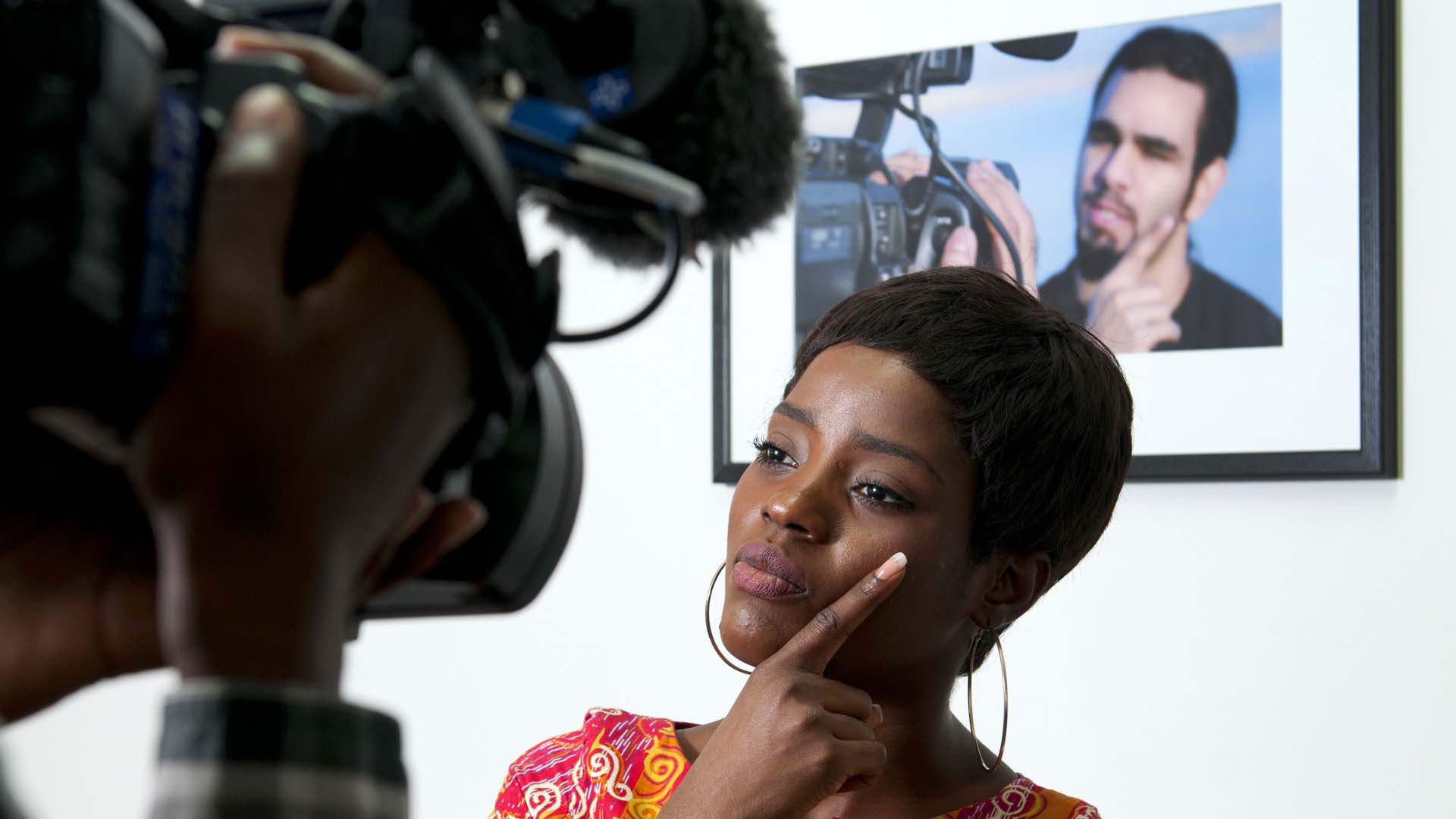 Nigerian multimedia journalist Torera Idowu, who works as a features writer and video content creator for Genevieve magazine, has been on quite a journey. Torera started her media life as a fashion and lifestyle blogger before becoming an online entertainment and lifestyle reporter for the country’s national newspaper, the Nation where she worked for little under two years.

In February, she gave a moving first-hand account from the Lagos slum of Makoko as part of her entry into the Thomson Foundation mobile journalism competition. Despite never having recorded with a mobile device before, her short film shot on an iPad 3, highlighting Africa’s education woes, beat entries from much more seasoned journalists. The win came at just the right time. Torera’s wavering self-belief meant she almost didn’t submit her entry and the recognition “saved” her from quitting journalism.

“I saw the quality of the videos from other entrants and felt that mine was not good enough and that there was no way I could win,” says Torera. “But I eventually submitted my work and I was among the three to be shortlisted and it was amazing. I am not a video editor. I only write. Imagine your first effort being awarded. The people who I was shortlisted with were professionals. I was competing with experienced journalists. Winning for me was very encouraging. I have only just come into journalism. Honestly it’s an enormous inspiration for me”.

Having successfully raised money to attend the Thomson Foundation summer course through crowdfunding platform, GoFundMe, Torera hopes to use the tools of the media trade to effect change in her home nation.

“I have lived my entire life in Nigeria and as anyone can imagine, I am very passionate about my country. My big dream has always been to get involved in a project that makes a difference. I have also always believed that Nigeria, and Africa as a whole, has been grossly misrepresented in the media. There is no better person to tell the African story than the one who lives there”.