Elena Jose, a grandmother travelling with four children under eight years old, newly-weds Elena and Jose from El Salvador and Daniel Aviles fleeing violence in Honduras, the people of the “migrant bus” travelling through Mexico in search of a new life in the United States.

Their stories are highlighted in this year’s winning entry from Ecuadorian journalist Gisella Rojas Rodriguez in the Thomson Foundation’s Mobile Journalism Competition.

It is the first film she has shot and edited entirely on her smart phone.

“Of all the stories this one kept my interest,” says competition judge Glen Mulcahy. “I can see genuine journalistic potential as well as visual storytelling in Gisella.”

This year’s competition, which requires journalists to create a story entirely on their smart phone, including shooting editing and post production, attracted 143 entries from 49 countries including the Democratic Republic of Congo, Sierra Leone, Bangladesh, Kazakhstan and Iraq.

"It is clear that we are at a tipping point for mobile journalism," says Hosam El Nagar, head of innovation and learning, Thomson Foundation. "The number of entries has doubled year on year but what is exciting is that we have started to get more and more Mojo stories created by journalists working for well known media organisations that would otherwise have had access to camera crews and editing suites."

A now annual event, the “migrant bus” is formed of about 600 people packed into buses who are fleeing Central American countries such as Guatemala, Nicaragua, El Salvador and Honduras to try to claim asylum in the United States of America. US President Donald Trump has ordered that they be turned away. 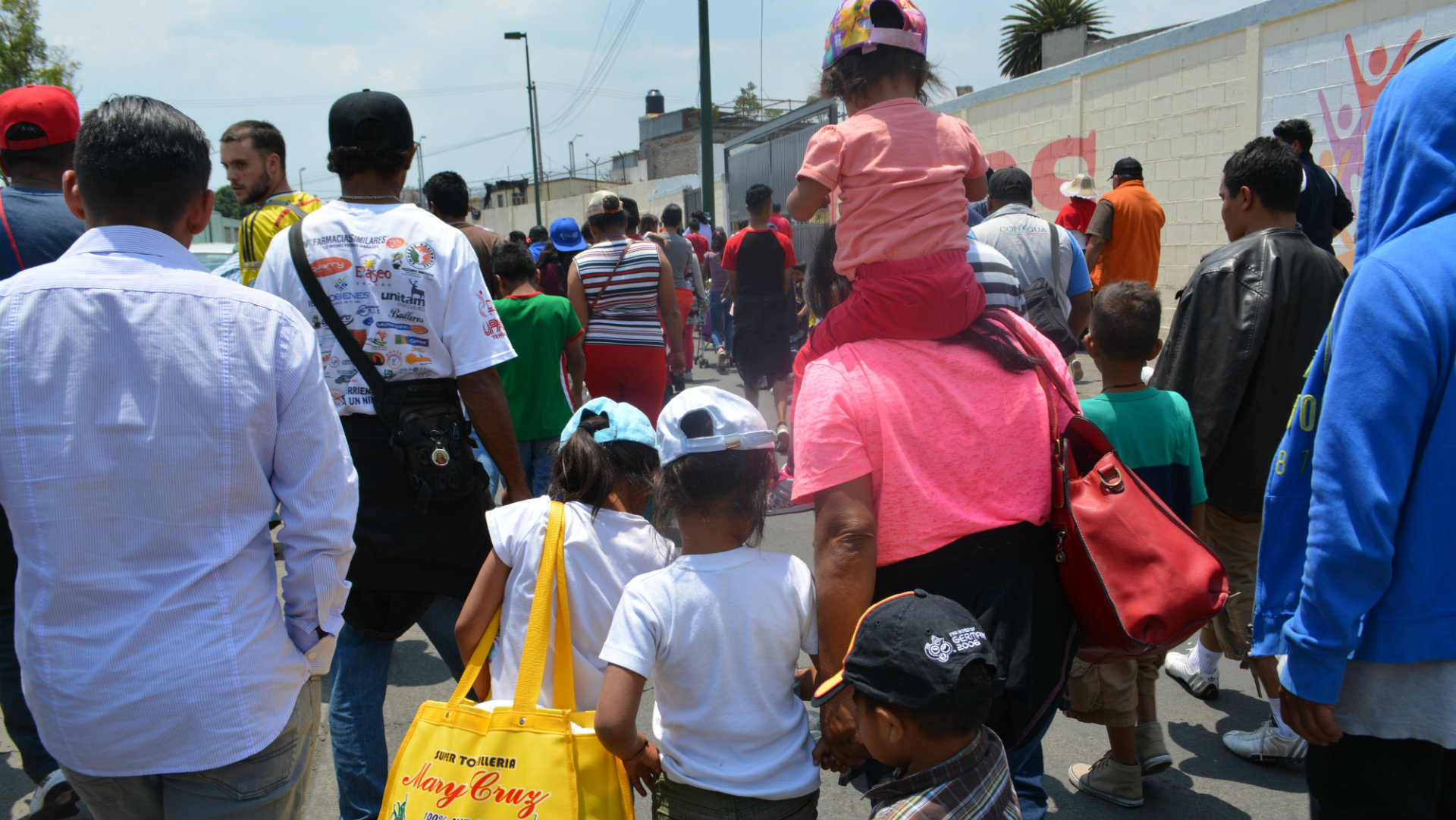 Gisella had to be inventive when her microphone broke whilst she was travelling to film her story instead she used the internal microphone from the mobile editing App Kinemaster.

“I don’t have much camera equipment,” she says. “So trying to do everything from my smart phone it really opened my mind to new possibilities.”

Gisella was one of six finalists in the mobile journalism competition.

The other five were:

Vikram Venkateswaran: A content producer from India interviews Purnima Govindarajulu who was sexually abused as a child and campaigns to change the law to allow adult survivors to bring the perpetrators to justice.

Asaad Al-Zalzali: An investigative reporter from Iraq uncovers the illegal trade in drugs from hospitals in Baghdad which results in many patients dying through lack of supplies

Carolin Riethmüller: A 21 year old student from Germany, used her smart phone to tell the story of the impact of the mobile phone on family life and whether “no technology rules” work.

Safaa Segelly: An investigative journalist from Egypt documents claims that jasmine pickers who harvest the flowers to make jasmine paste suffer from allergies and debilitating illnesses.

Hashim Hakeem: A multimedia journalist from India has an innovative approach to telling the story of the continuing conflict in Kashmir by introducing us to Zahid Shah who trains young people in the sport of Parkour.

Gisella’s prize of a full Mojo kit will be presented when she attends MojoFest, a festival dedicated to mobile journalism being held in Galway in Ireland from 29-31 May 2018.