A ceremony to honour the winners of this year’s South Asia Inquirer Awards for investigative journalism marked an increased openness for news media in Sri Lanka.

The award ceremony was a public event in the historic Galle Face Hotel in the capital, Colombo – demonstrating a more relaxed attitude to media compared with last year’s private ceremony in the offices of the funder, the British High Commission.

Laura Davies, Britain’s deputy high commissioner for Sri Lanka and Maldives, told the winners it was a “real pleasure” to see that Sri Lanka had moved up 24 places up the World Press Freedom Index in 2016 to 141st out of 180 countries.

However she expressed “sadness” that controls on the press in the Maldives were becoming more restrictive.

The three were among more than 120 entries from Sri Lanka and The Maldives who took part in the 2016 Inquirer awards.

This year the project was able to involve regional media in Kandi, Galle and, for the first time, Jaffna, enabling a wider set of skills in investigative coverage.

The South Asia Inquirer Awards have been running since 2013 training over 300 reporters from print, radio, broadcast and online media in best-practice techniques in covering transparency and corruption issues, often in very testing circumstances. All entrants are supported via investigative reporting workshops, while winners are awarded with a fact-finding trip to London to visit British media organisations and government institutions.

This year the project was able to involve regional media in Kandi, Galle and, for the first time, Jaffna, enabling a wider set of skills in investigative coverage.

Restrictions on the press in Sri Lanka have eased since President Maithripala Sirisena was elected in January last year, ending autocratic rule by the Rajapaksa family.

Ms Davies said the British High Commission was pleased to support the awards as “freedom of expression is the freedom on which every other freedom is based”.

The South Asia Inquirer Awards are run by Thomson Foundation in partnership with the Sri Lanka College of Journalism, and the Sri Lanka Press Institute. 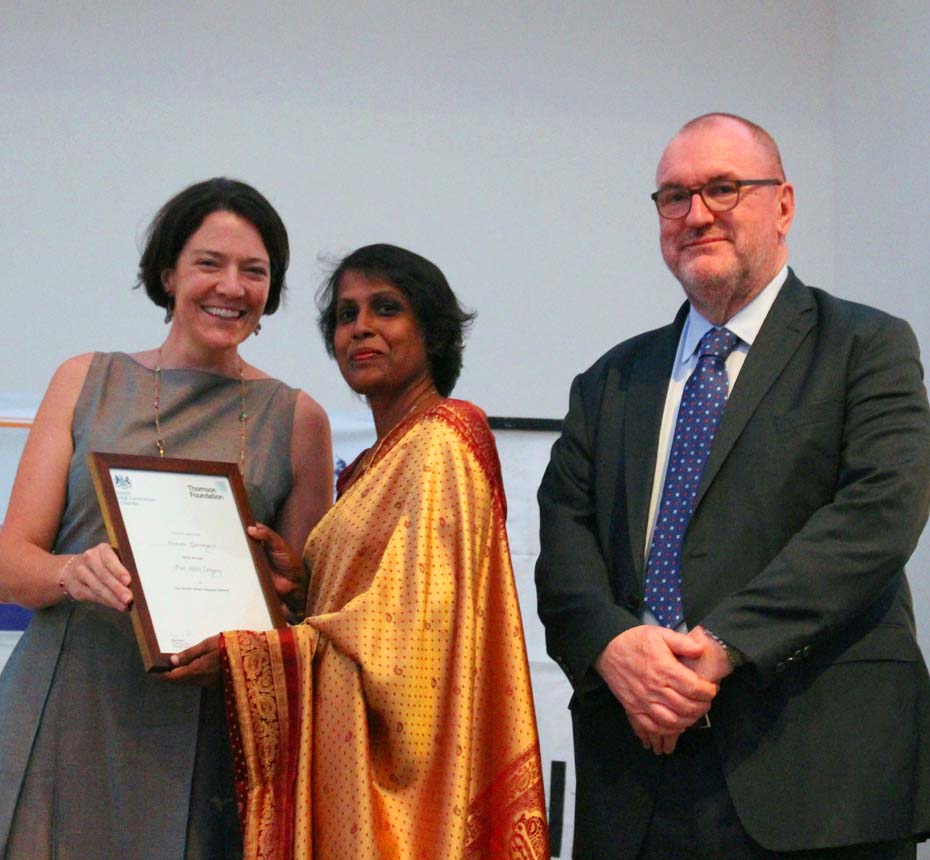