Three Sudanese journalists are looking forward to joining Thomson Foundation for a study tour in London after winning a prestigious competition to showcase work being produced by trainees on the Sudan Media Capacity Building Project.

Hajir Elhadi Suliman from Sudan TV won the broadcast category for a story about a community without water. One week after it aired, the authorities began to sort out the problem. Entisar Salih from National Radio filed her winning story about adoption being a way forward for the country’s orphans. And Salih Amar Hamid from Afronline wrote a powerful story about migrants in Sudan which has been published online in both English and Italian.

We believe the project is underpinning a strong, well-educated and informed media which can play a crucial part in building the Sudan of the future.

The awards ceremony was hosted by the Ambassador Michael Aron at the Residence, complete with red carpet.

Entisar, who brushed away tears when she accepted her prize, said she was overwhelmed by winning.

“I have learned so much from the training, and it is an honour to win this prize,” she said.

Michael Aron, who gave his address in Arabic, said that trainees from the project had been at the forefront of positive change in the media in Sudan.

My report was about orphans and how they can be integrated into society. I’ve now changed my thinking, I think about how to help people.

The project is delivered by the Thomson Foundation in partnership with the British Council and funded by the British Embassy, which has spent over £1million on the training. Over 700 media professionals have benefited from the scheme over the last four years. 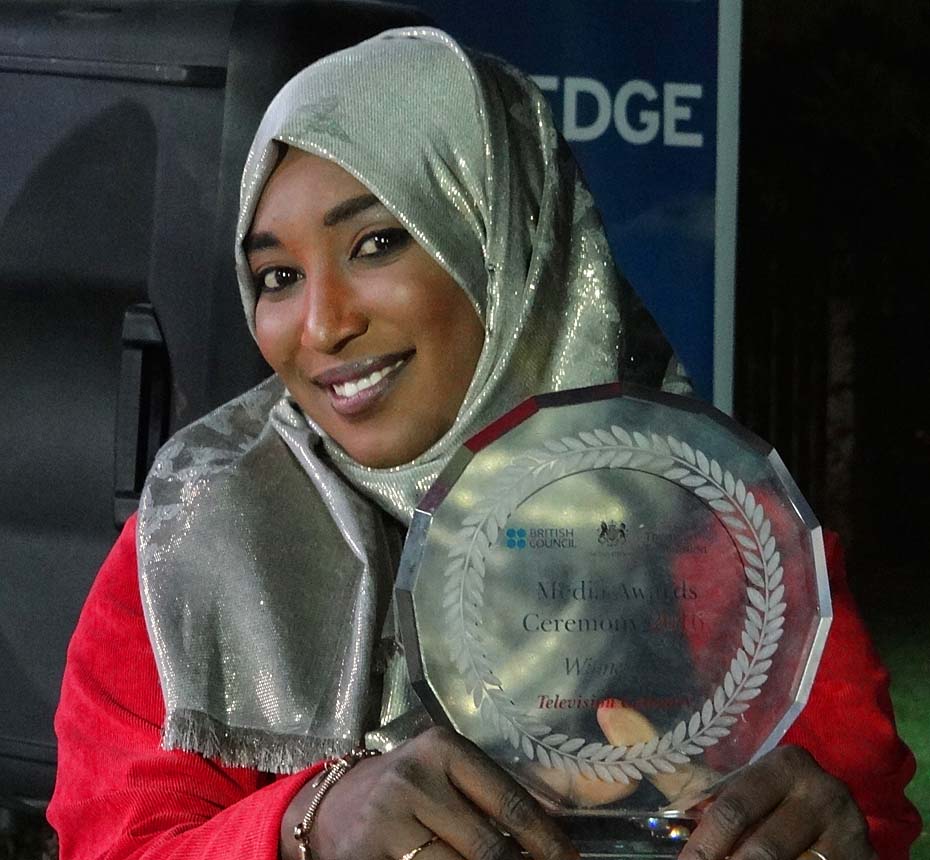