The smartphone way to get a message across

Storytelling has become a crucial skill for non-governmental and civil society organisations wanting their voices to be heard. Traditionally they would have relied on third parties to highlight issues such as human rights and make video content for them.

But the smartphone and access to social media have changed that.

The Thomson Foundation has been working with organisations training them to use their mobile phones to produce videos, to help them communicate their messages effectively and accurately on their websites and social media.

Two recent projects have been in Thailand and Ukraine, both countries where journalists can face restrictions on their freedom to report.

Training took place in stages over two, one-week courses. Stage one focused on the technical aspects of using a smartphone for filming and editing, as well as basic storytelling techniques.

Course participants then had to conceive an idea for a film, before returning for a second week where they were helped to develop the idea into a professional-quality video.

The programme, funded by the British embassy in Bangkok, covered a wide range of topics, including:

An E-learning course in Mobile Journalism is available in the Thai language to join the course please click here. 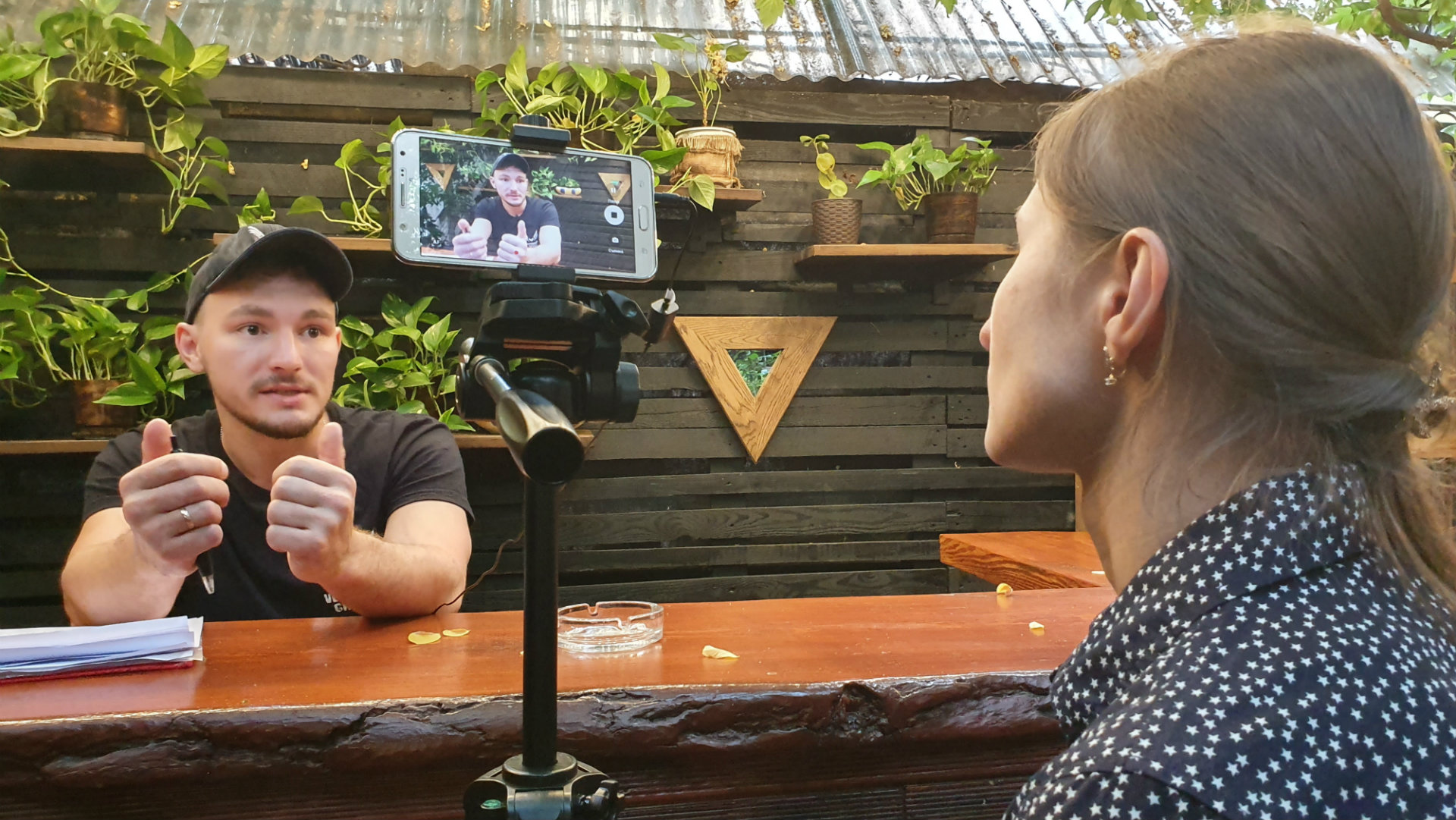 Smartphones also found a new role in Ukraine – as a tool to help peacebuilding.

A series of mobile journalism courses have been held for civil society organisations in three cities across Ukraine so they could share videos about dealing with the stresses of living in a society suffering the effects of conflict.

The workshops concentrated on creating content based around those who have been most affected by the recent conflict - war veterans and the internally displaced.

There was a strong emphasis on “learning through doing”, with each participant producing a short video at the end of a course.

With many returning veterans living with disabilities - both physical and mental - the film makers chose to report on the impact of their injuries on daily life and the rehabilitation help needed. Others looked at businesses set up by the veterans and individual stories of how they were coping with the traumas witnessed during the conflict.

The workshops were run through Thomson Media and part of an 18-month programme which also involved working with regional journalists in Ukraine. It was led by UK peacebuilding organization, International Alert, and funded by the European Union.