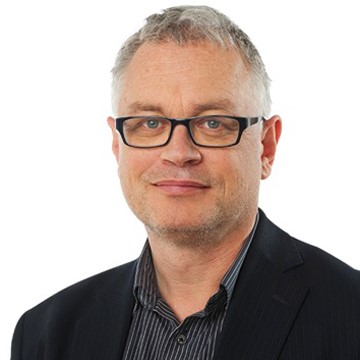 Chris is a media executive and consultant specialising in newsroom leadership and breaking news in TV, radio and digital.

He has more than thirty years’ experience in senior positions at major news organisations and has been involved in multiple channel and product launches in Europe, the Middle East and India. He is the former Executive Editor and Deputy Head of Sky News and Managing Editor of the BBC News Channel.

Chris received an International Emmy Award for his work on Sky News' coverage of the London terrorist attacks of July 2005 and a Royal Television Society Award for his part in sealing the historic deal, which brought about Britain's first televised Prime Ministerial Debates in 2010.

The only broadcast journalist to have edited UK general election night programmes on both national radio and television, Chris also produced election-night coverage of every US Presidential election from 1992-2012.

Recently, Chris has been a consultant to the Telegraph Media Group and Google helping to stage major online political debates including a UK referendum debate in June 2016 carried live on YouTube featuring Boris Johnson.

Chris has worked on projects for the Thomson Foundation since 2014, for clients in Eastern Europe, the Middle East and the USA. He is a Visiting Lecturer in Journalism at City University, London.