Shifting the focus: Sudan on the edge of change

Reem, who originally trained as an architect, produced stunning street art depicting women’s bravery during the revolution and chose to join the training to learn how to promote her art on social media platforms and learn new skills in photography.

“The events of October 25th [when the country's armed forces launched a military coup] have definitely slowed down the momentum of the booming cultural scene we witnessed in Khartoum during the transitional period,” she says. “However, we are more persistent now than ever to keep working and try to build a foundation to the country we imagine.”

Reem chose to create a series of portraits of a fellow artist and social activist, Maab Tajualdin, who creates new designs for the traditional toub headdress as well as pursuing her own painting.

“My time with the Thomson Media sessions has allowed me to explore the world of photos in a way that is new to me,” says Reem. “I have always been connected to visual elements in almost everything that I do, but never thought I would be one to pick up a camera and take a photo.

“Led by Glenn, the training has offered me a chance to pursue a short photography and storytelling project about Sudanese toub designers, a method and lessons that I have used to form a story around another part of the Sudanese female community that will be part of a book.”

“Female characters are important to my work. Maab is trying to discover a new means to support females in Sudan as she delves into fashion while offering other women an opportunity to create and make a living from their passions.” She says. “Maab also creates paintings through which she advocates for women's empowerment, justice and the right for freedom of speech.”

Glenn says: “Reem Al Jeally's portrait of Maab Tajualdid is to me stunning and informative at the same time. Reem has used her own artistic skills in creating a simple but well composed image but its strength is in its lighting. She’s thought clearly about how to seat the subject and position the light to make this atmospheric.

“This is a pose of strength and confidence showing women in Sudan that everything is possible. It is a portrait that would sit well on the page of any magazine in the world and I hope Reem continues with this as a portrait project in the future.”

Wadj joined the training to learn how to use social media to promote her online platforms that celebrate judo in Sudan. She qualified as a pharmacist but is now concentrating on becoming an online entrepreneur. She produced a set of striking images of mixed-sex judo – breaking new frontiers in Sudan where women are not encouraged to participate in sport.

Glenn says: “Using studio lights, she created a striking action picture. What is interesting is it shows man versus woman but with the woman throwing the man. An unusual situation of mixed-sex combat but becoming more common in judo in Sudan and more evidence that culture is slowly changing with women's empowerment becoming stronger.” 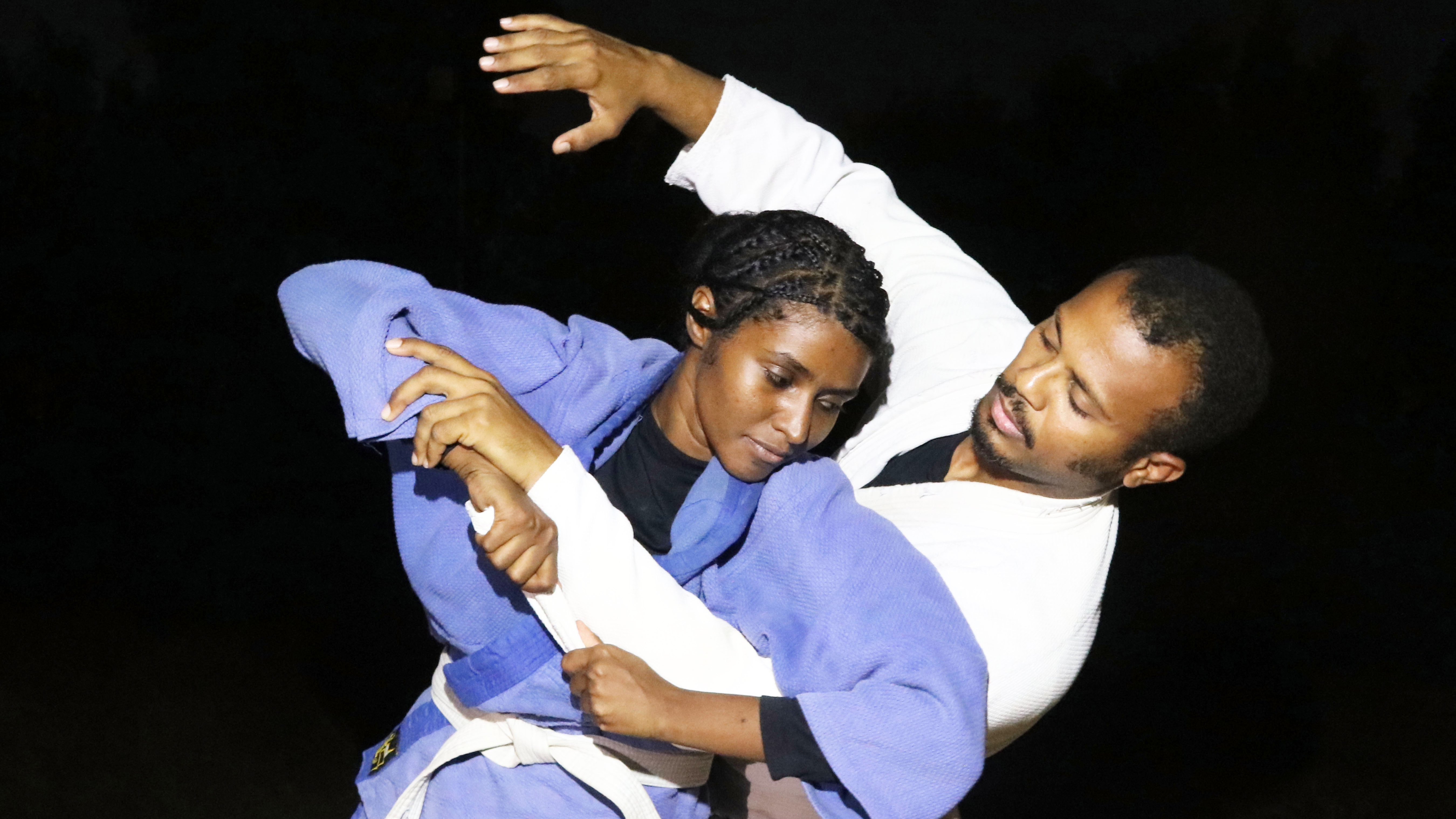 The beauty of photography is capturing history and showing what could be. Let’s hope.”

Rawia Alhaj is a director, screenwriter, editor and graffiti designer, who is active in women’s issues She wants to harness the training to use social media to change young people's perceptions, influence their thinking on social issues, and hopes to cascade her skills.

Glenn says: “Rawia's picture of wall art in Khartoum literally bounced off the screen with its colour and vibrancy. It is from a series of wall art images and this was the only one that included people. This is a street cafe but I could have chosen any of her other images with wall art becoming a political tool. We can all read an image in different ways but I see a group of women strong and together yet standing behind a person struggling to eke out a living selling tea and coffee. I like this image because it is telling a story to me, and storytelling is the beauty of photography.” 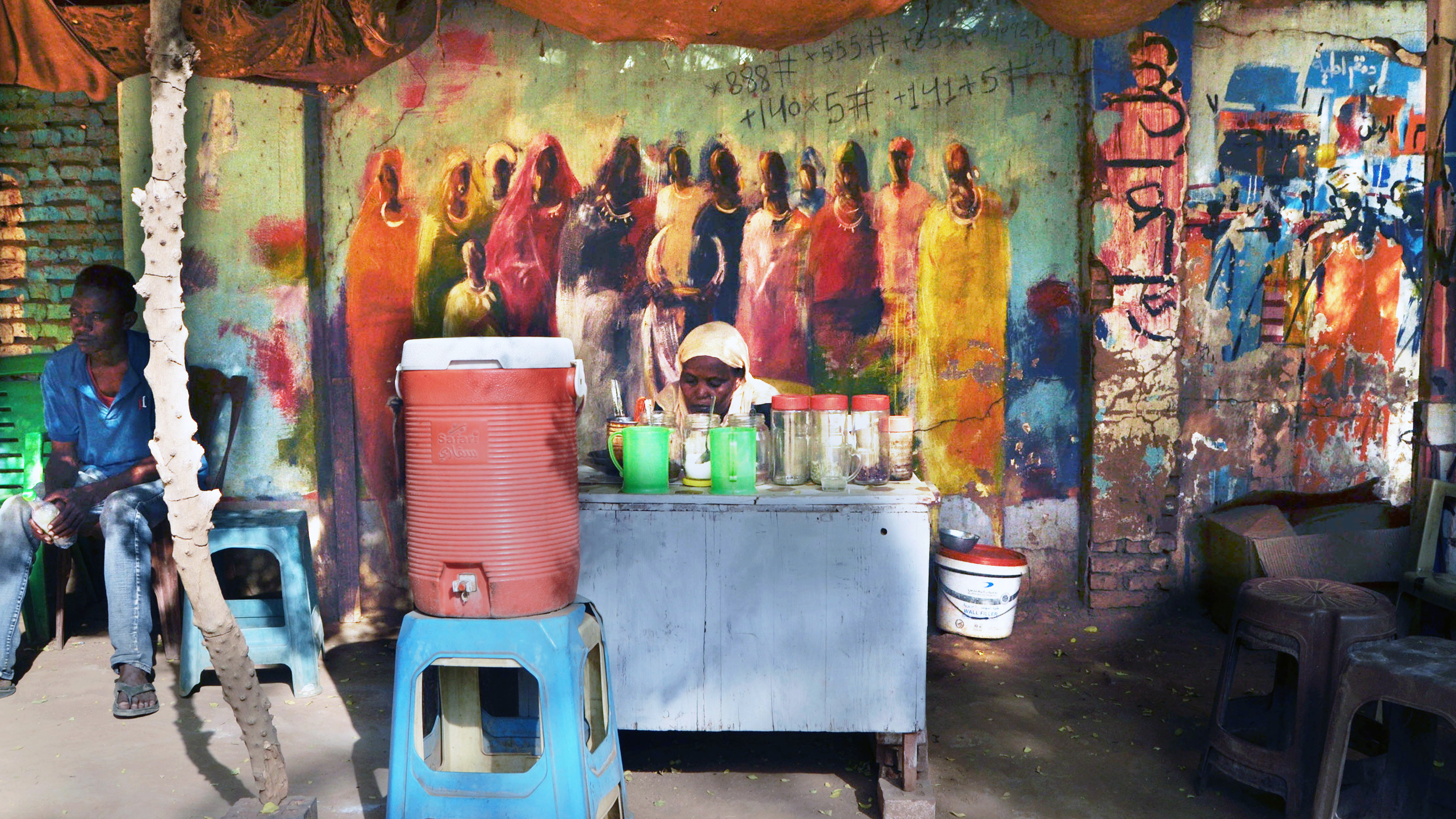 Mohammed Zakaria is a founding partner of Dar Media for artistic production, a photographer and film director. He is interested in creating and publishing content around issues like peace and racism. He is currently working on a video series "Darfur in 3 Minutes.” He will use his training to enhance his skills.

Glenn says: “A Kunin Twareg tribal dance was the subject for Mohamed Zakaria. The culture of the nomads was shown in an all-action picture with the colour of the background emphasised by the plain white costume of the dancer. It again creates a story, but it is challenging and asks questions I don’t know the answer to – I like that. Why is the crowd only women and children? A very well taken image.” 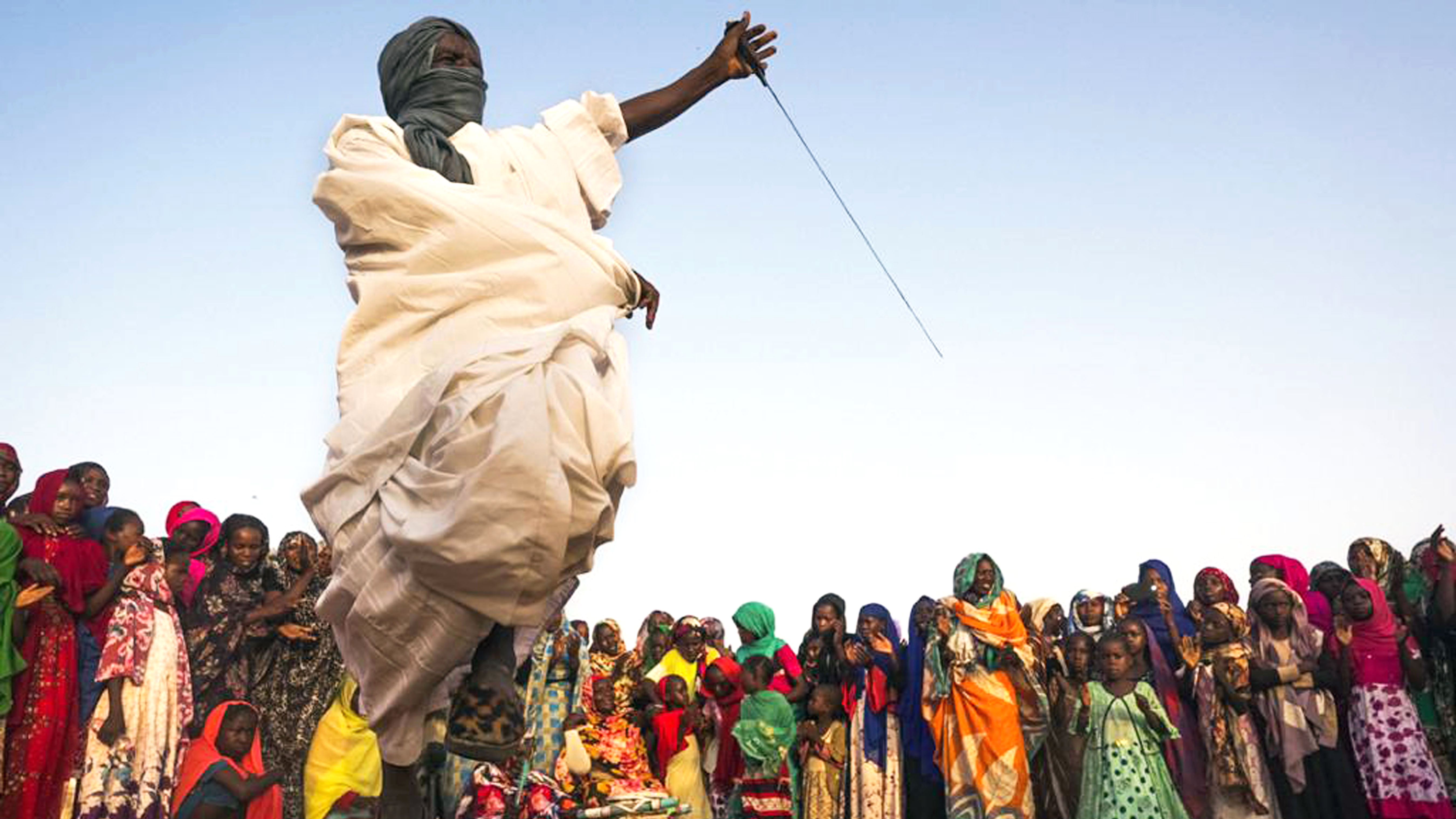 Hassan Mohamed is an engineering graduate turned graphic editor who dreams of becoming a social media influencer to promote the diverse cultures of Sudan. His images were around the inauguration of the Governor General of the region.

Glenn says: “We have seen portrait, social and cultural documentary in the other pictures but the final image by Hassan Mohamed is of a more political nature. The crowd is moving to an inauguration of a regional Governor General. When this was taken Sudan was in a more stable political situation but since then it has again become dangerous. I wonder if this would be allowed in these times. The beauty of photography is capturing history and showing what could be. Let’s hope.” 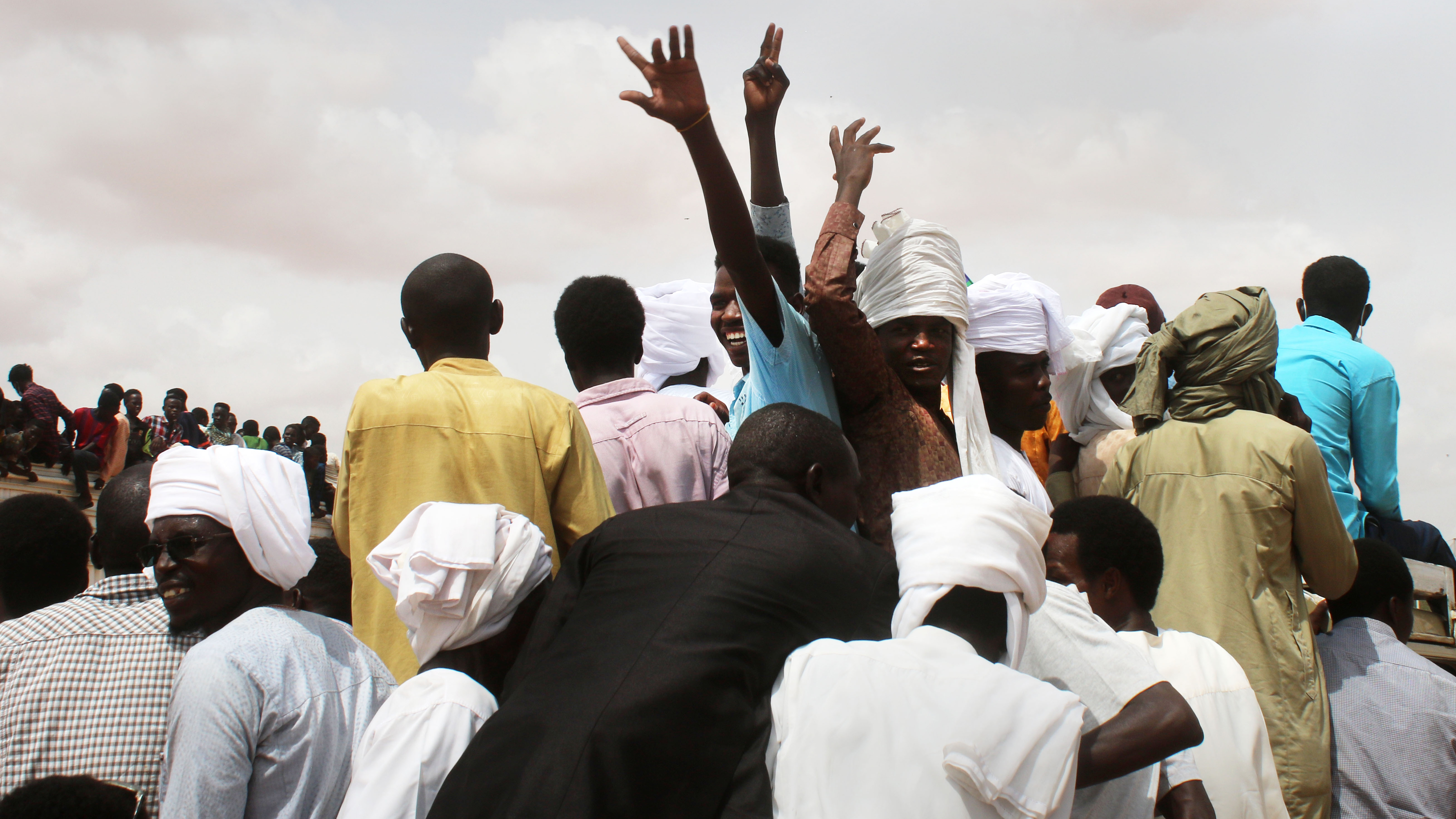 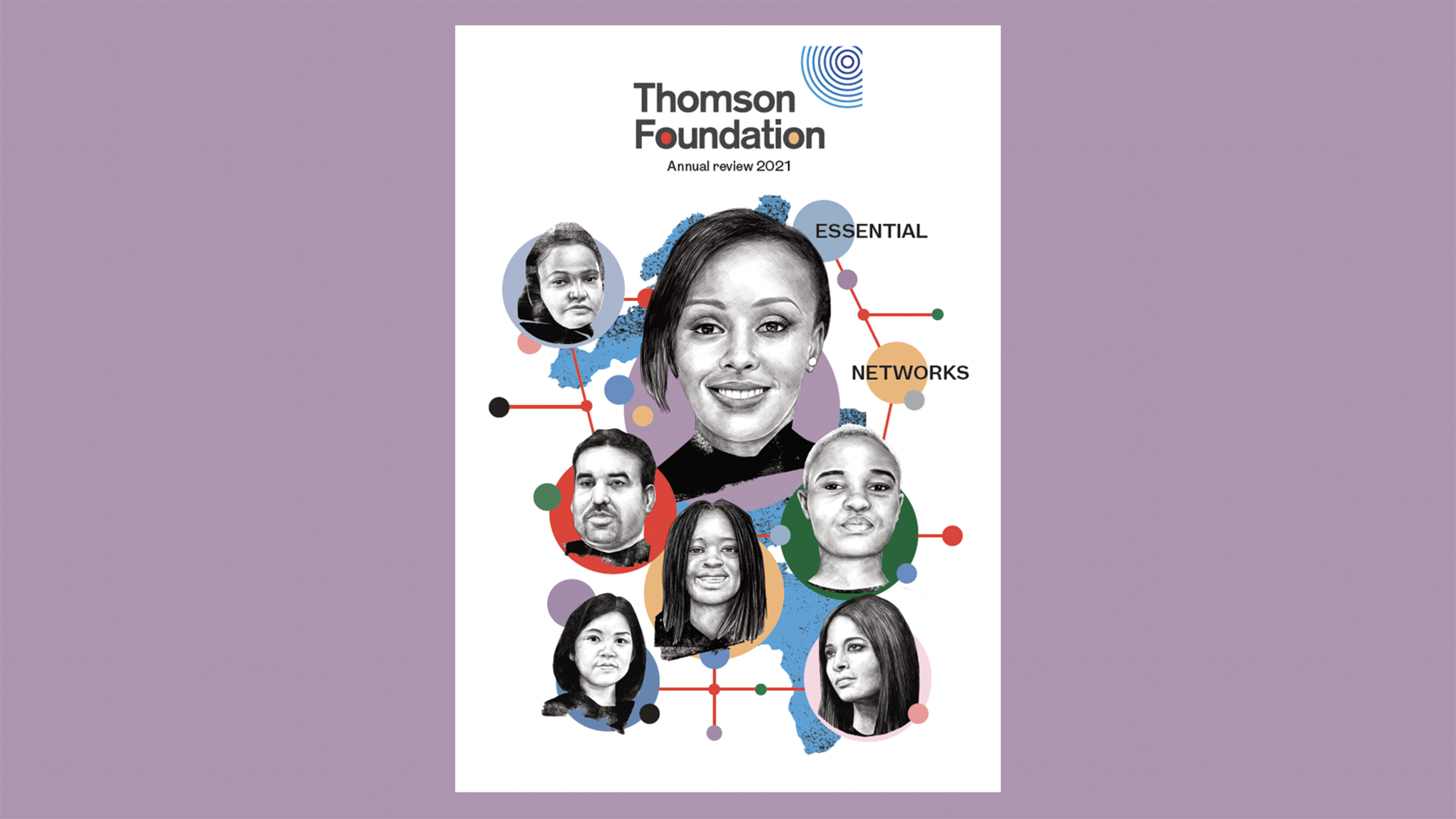 2021 annual review: The power of networks to offer support, knowledge and inspiration 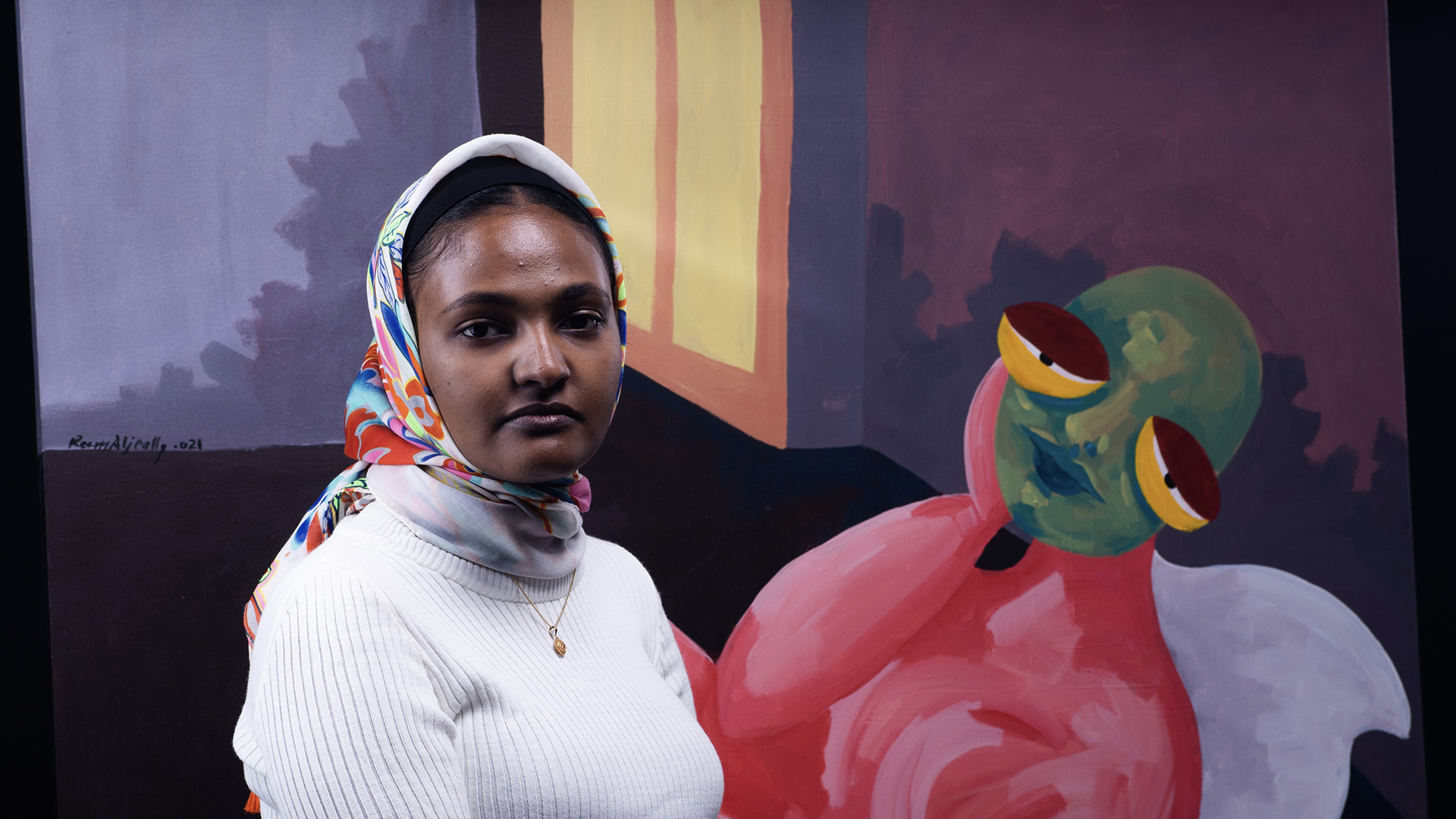 Reem Al Jeally: Encounters with a Sudanese artist pushing for a brighter future 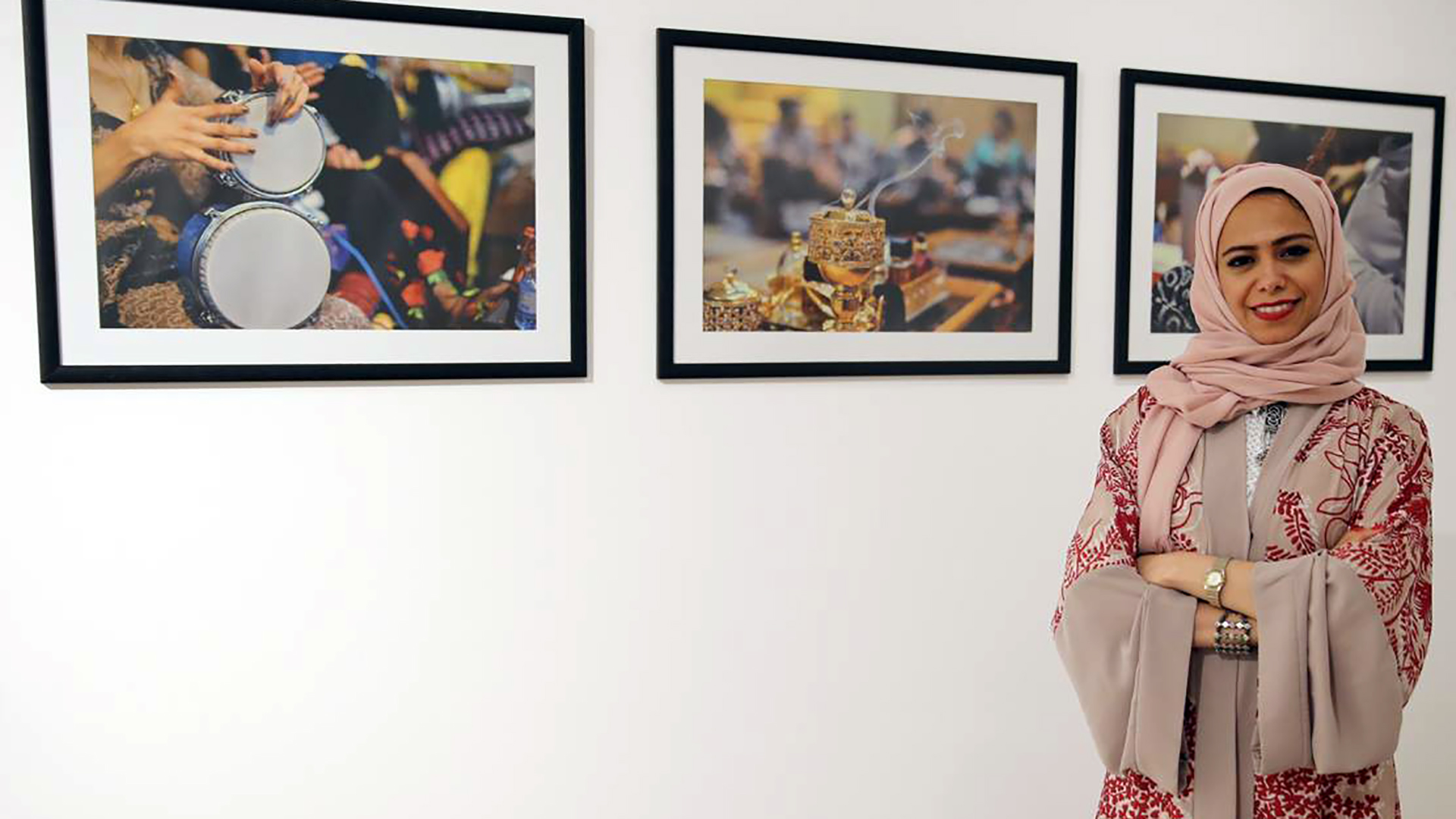 Conflicting images: Culture and identity in times of conflict in the Middle East