A new study that looks at public perception of media regulation in Kosovo has been published by the Thomson Foundation.

“Kosovo: Setting Media Standards” proposes new ideas on how to strengthen the Independent Media Commission (IMC) and Press Council of Kosovo (PCK) as guardians of media standards and promoters of press freedom.

“Within a few short years, the PCK and the IMC have successfully established a model of media regulation and self-regulation familiar to Western democracies”, said Thomson Foundation media expert, Bill Taylor, who carried out the study. “However, both organisations now face a series of significant challenges.”

All leaders of the media industry and civil society interviewed for the study believe public awareness of the Press Council of Kosovo and the Independent Media Commission is poor, especially in the case of the IMC.

The door is now open to both IMC and PCK to increase their profile as defenders of media freedom.

“Setting Media Standards” was published just days after the successful completion of two training seminars with the IMC and the PCK, which built on the conclusions of the study. One seminar focused on developing a realistic public information campaign on the digital switchover for the IMC. The other created a new template for publishing decision of the complaints committee of the PCK that will make them more accessible to the general public.

The study is part of the “Media For All – Strengthening Media Self-Regulation, Media Law and Media Freedom in Kosovo”, an EU-funded project managed by the European Union office in Kosovo and implemented by the Thomson Foundation. Its main aim is to increase capacity and standing of the Independent Media Commission (IMC) and the Press Council of Kosovo (PCK) and to improve understanding and knowledge of the role of self-regulation and regulation in media by editors, journalists and the legal community through cooperation with the Kosovo Judicial Institute (KJI). 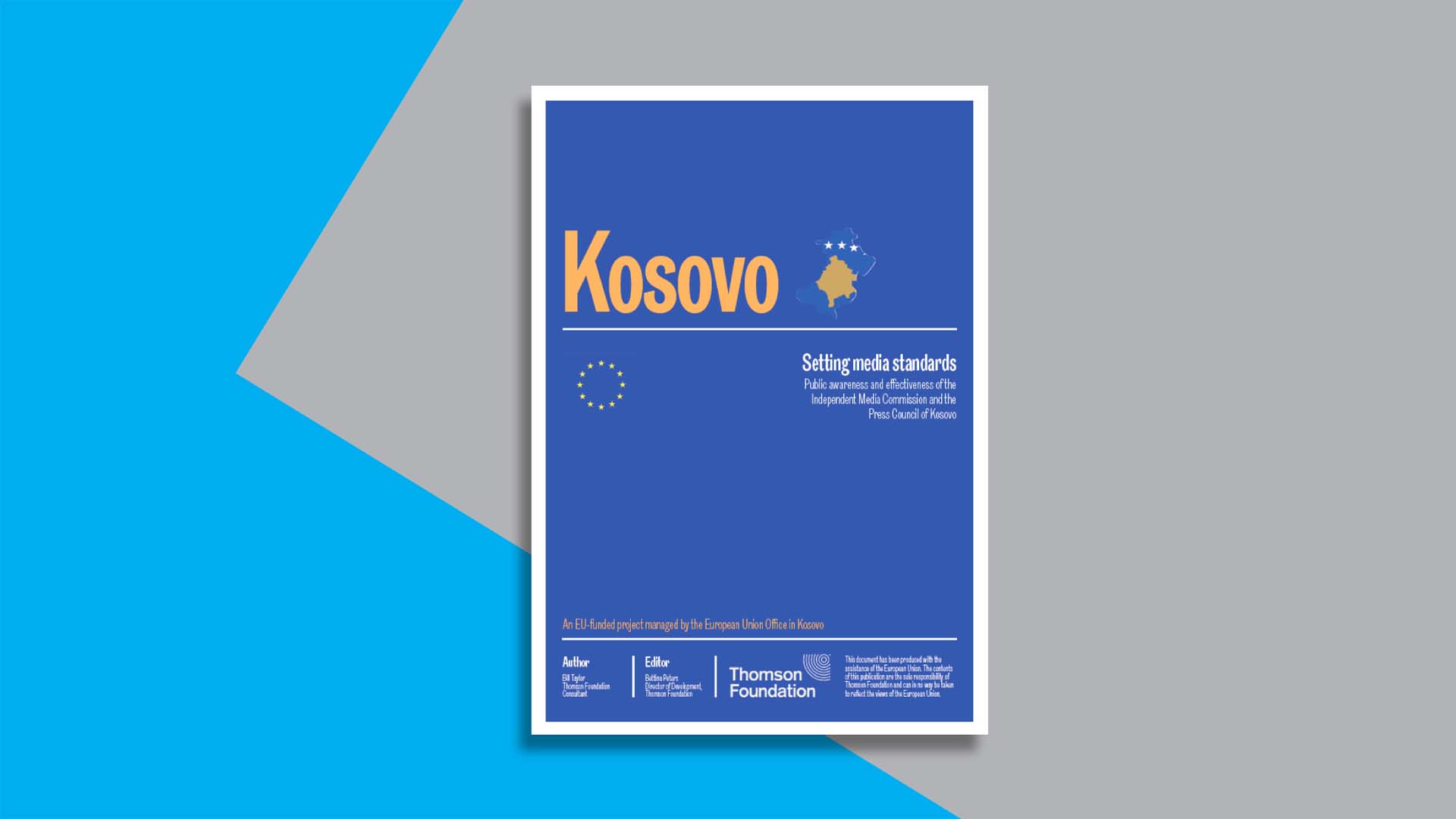