A confidence gap is a constant theme when discussing the lack of women in leadership positions in media. Why do women feel that they don't merit their success more often than men? Marium Chaudhry, founder of The Current in Pakistan, is a successful media entrepreneur who has faced this conundrum. “We give ourselves far, far less credit than the men that we are actually better than,” she says.

After 12 years as a producer for a prime news channel in Pakistan, Marium set up digital media platform, The Current, to attract a younger content-savvy consumer to news coverage – a market proving difficult for traditional Pakistani media to crack. In just two years, the platform boasts almost 300K YouTube subscribers.

But Marium admits her example is rare. “Women still face considerable barriers to full participation at work in Pakistan,” she says. “Forty per cent of educated women in the country are also without jobs.”

At Thomson Foundation, we are tackling these issues through projects in Pakistan and through our new initiative, The Bettina Fund, recently launched in Kenya.

In the first in a series of personal reflections by women, Marium discusses her solutions. 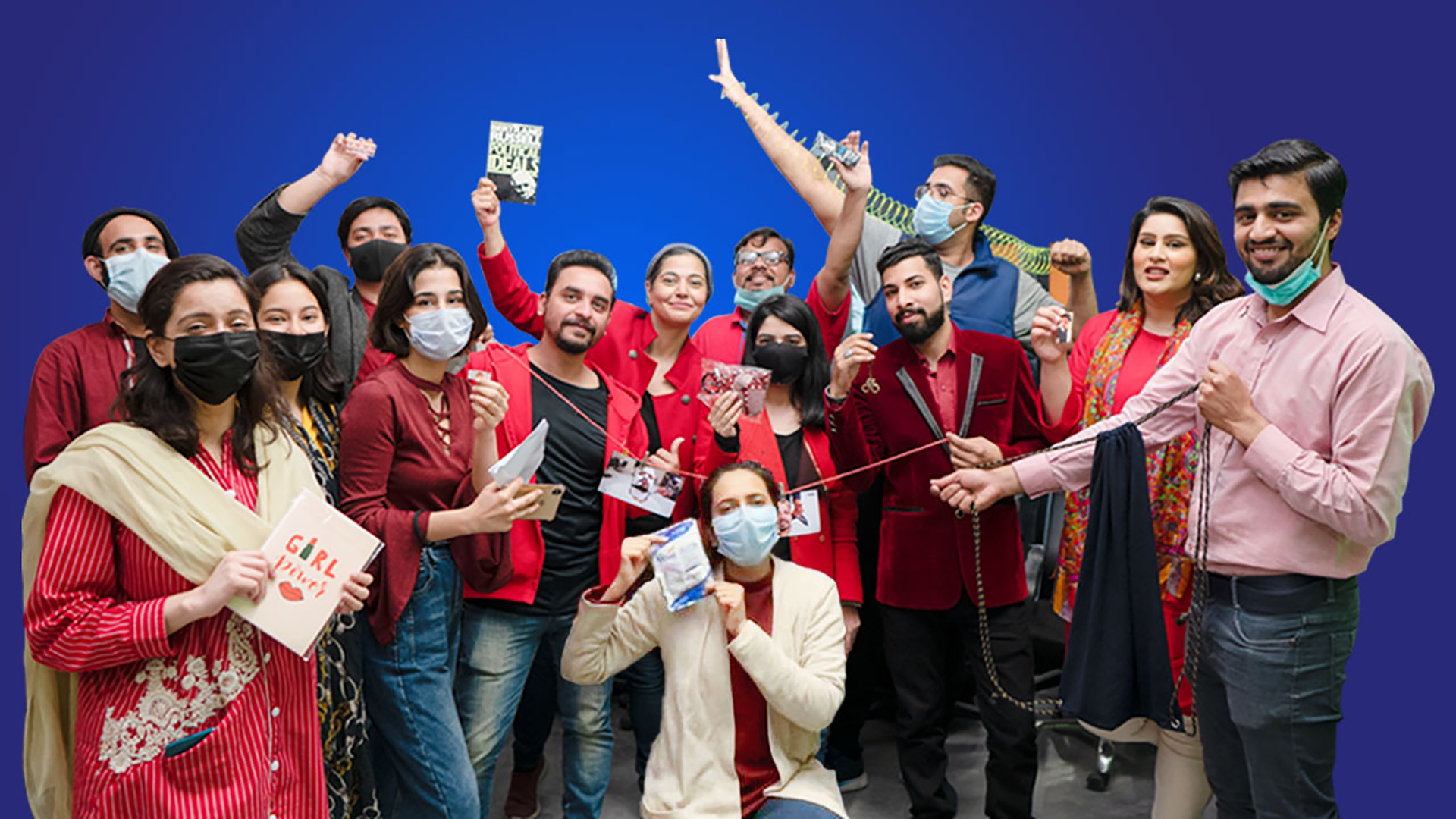 There is one excuse given when someone questions the lack of women in senior leadership in news organisations in Pakistan. Investing time and effort in training women doesn’t pay off because they eventually leave after getting married and/or having children.

There should be no excuses for not having women in senior management. The focus should instead be: how do we make women stay?

When women lead, they lead by understanding the message that the story is sending out and the repercussions it might have. In a country like Pakistan, where the rights of women are frequently trampled upon, it is important that the stories that affect women are well thought out before they are reported.

When men lead (and I’m not saying they don’t know what they are doing), they are sometimes unable to see the subliminal messaging of the report – when the story is no longer about the rape but about the clothes the woman was wearing, not about the murder but about why she was at the murderer’s house. When this happens, the narrative it sets becomes problematic. Women at the helm would make sure the story remains on track for justice and doesn’t become about the woman and her choices.

In a recent example of misreporting, a young woman was murdered and beheaded allegedly by her male friend in the capital, Islamabad. Noor Mukadam’s case caused uproar in Pakistan and the media narrative remained steady against the murder. But slowly, comments started to seep in: why had she gone to see him? Why didn’t she tell her parents where she was?

When the case was at its height, a report came out on a big media platform that claimed that Noor had spent the night with the alleged murderer. The way the story read, it seemed as if Noor had been with the murderer out of her free will. I called up the reporter and after an hour, he understood what I was trying to say. The story was subsequently edited.

This is just one example of how a woman at senior level in the media can cause change. At The Current, we have more women employees than men and we have never once, in two years, had any gender discrimination or harassment issues, despite having people with varying political and social views. 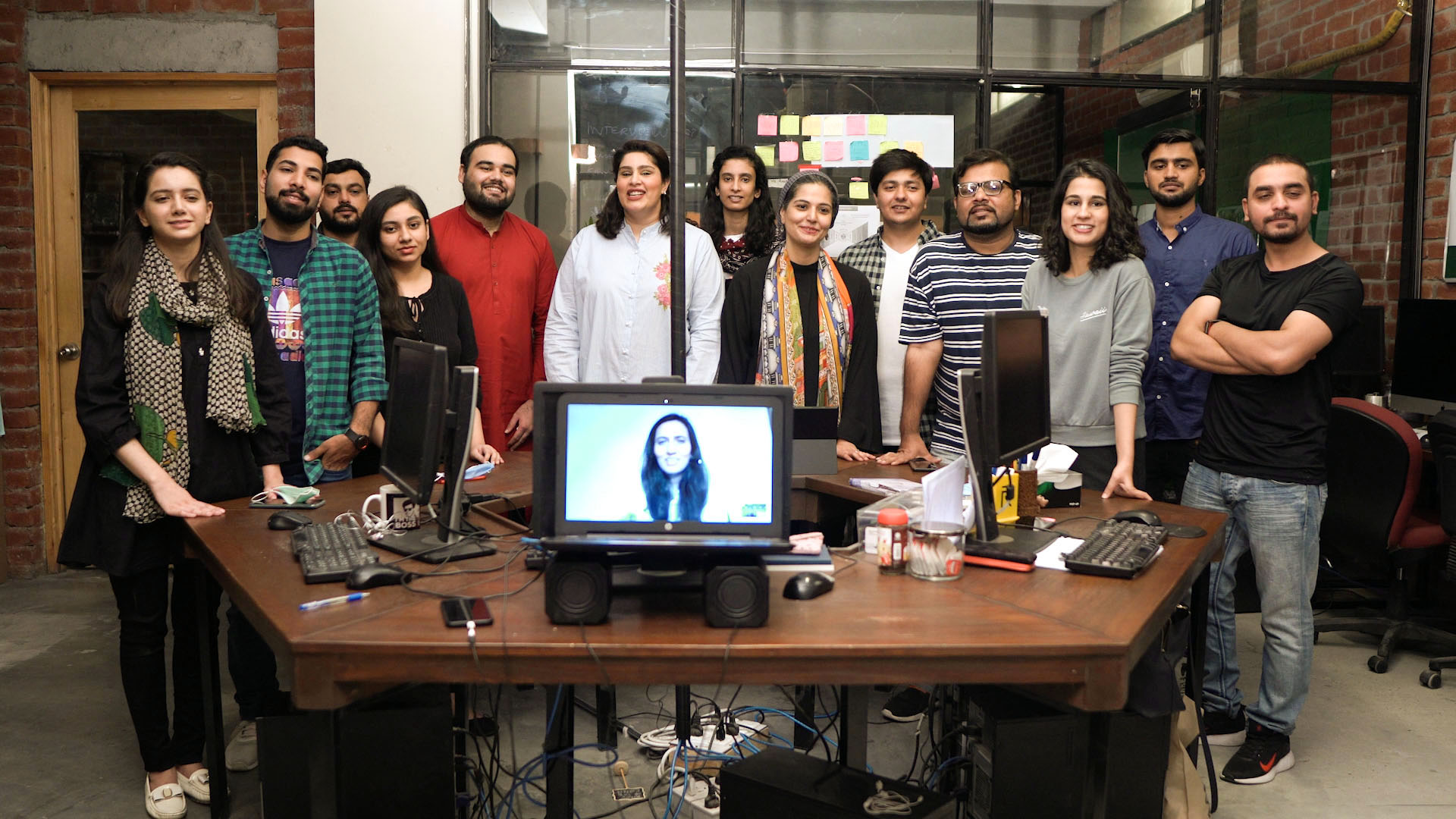 When you have an inclusive environment, gender fades away. To achieve that you have to have more women, you have to make it OK for women and men to take the day off to manage their kids, and you have to be open to them bringing their children into the office. Mental health days are important, too, if they have difficult societal pressures.

Women spend their whole careers trying to prove themselves and if you create an environment where they don’t have to, they will be more confident and in turn, more productive.

There is only one way to break women to the top. The men have to make space and by that, I mean real space. A woman can push through and make it to the top but if she doesn’t have the support of the men around her, it won’t work.

It might be different for other countries but this is true for Pakistan. I have been very lucky to have very supportive male colleagues who have always encouraged me to push ahead but even then, it has not been easy. I was never fearful of losing my job but it took me a long time to appreciate and accept how good I actually am at my job.

There is only one way to break women to the top. The men have to make space and by that, I mean real space.

And that's the first step. Women must believe they are better and believe they deserve more and then push themselves to get what they deserve. That will to push is the hardest part because there is a fear of losing your job or being laughed at. But there is not one woman who, in the long run, will say that she regrets asking for what she deserves.

In 2018, when I was told that I was heading the general election transmission for a Pakistani news network, I was also told there would be backlash against me. When I was told this, I felt fear. It was great to have that recognition, yes, but there was also fear that I would need management to back me so people would accept that I was the one in control.

I didn't manage to shake off the fear as well as I should have. But there was one instance in which I had a very public argument with a very senior anchor who was refusing to accept my directions. I stood my ground, so did he. We both took a break from each other and then went back to being the colleagues that we were. I remember that incident vividly because it reflected everything I felt as a woman – insecure and under-confident.

But what remains of that incident is not the fear, but the strength I felt when standing my ground. That strength is what actually drove me to begin The Current just a few months later. I stepped over the line and said to myself, I can do this and I did. Two years later, The Current is Pakistan's only startup to win the Google News Innovation Challenge.

For Pakistan, it will take many, many years before women make it into mainstream management. But we are growing, expanding and actually supporting each other. While we might not be mainstream, we will be in off-shoots that will hopefully, one day take over.

Marium was one of the inspirational media entrepreneurs that a group of citizen reporters from Khyber Pakhtunkhwa in Pakistan visited during an exposure visit in September, 2021. The visit took place as part of the ‘Valley Voices’ project with Thomson Media and Tribal News Network. The project was funded by the German Federal Foreign Office through IFA (Institute  for Foreign Cultural Relations) as part of the Zivik funding programme. Follow @thomfound and @thomsonmediaDE for more. 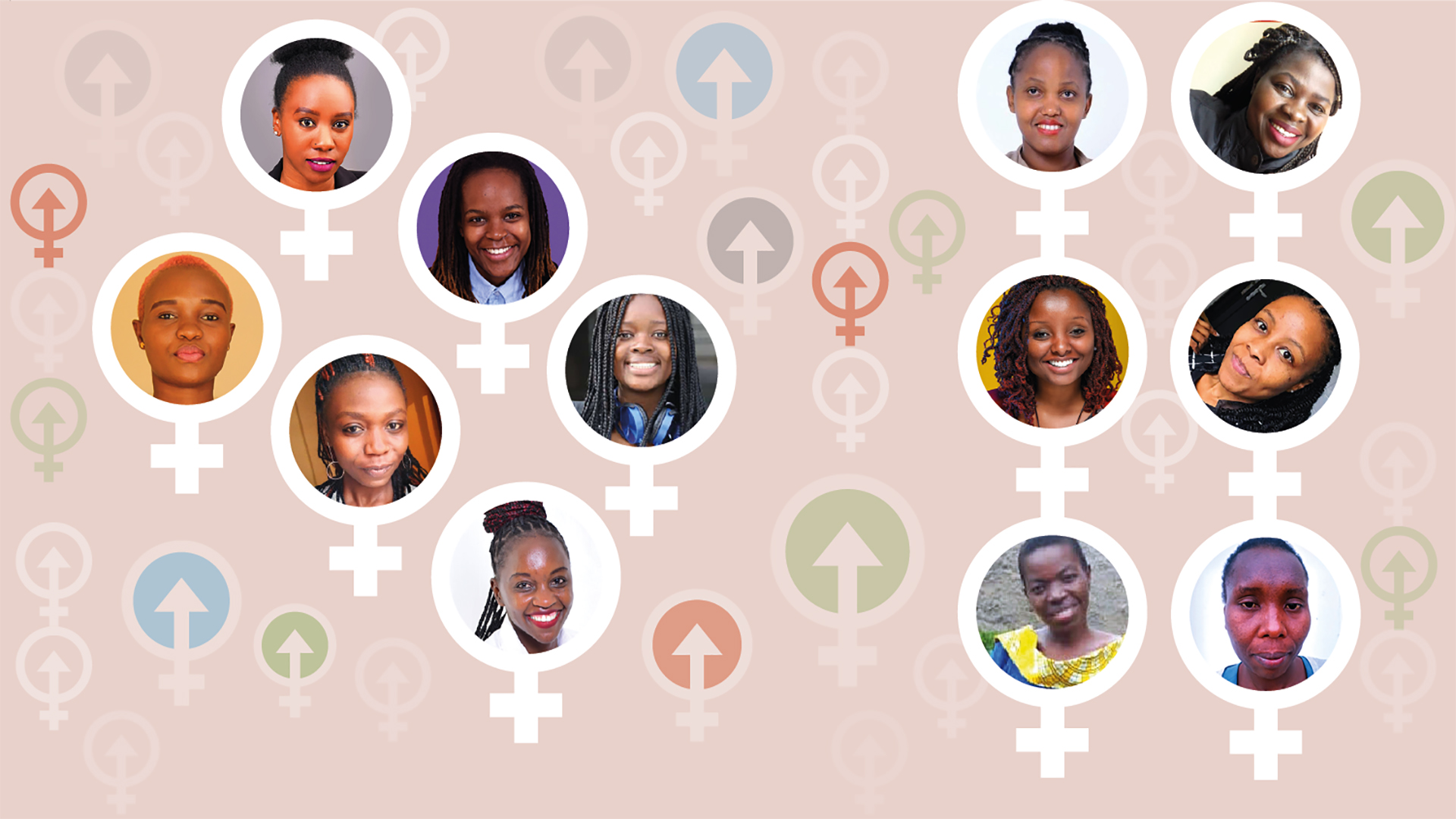 The next generation of media leaders in Kenya

The Bettina Fund: tackling the gender disparities in media management positions in Kenya. 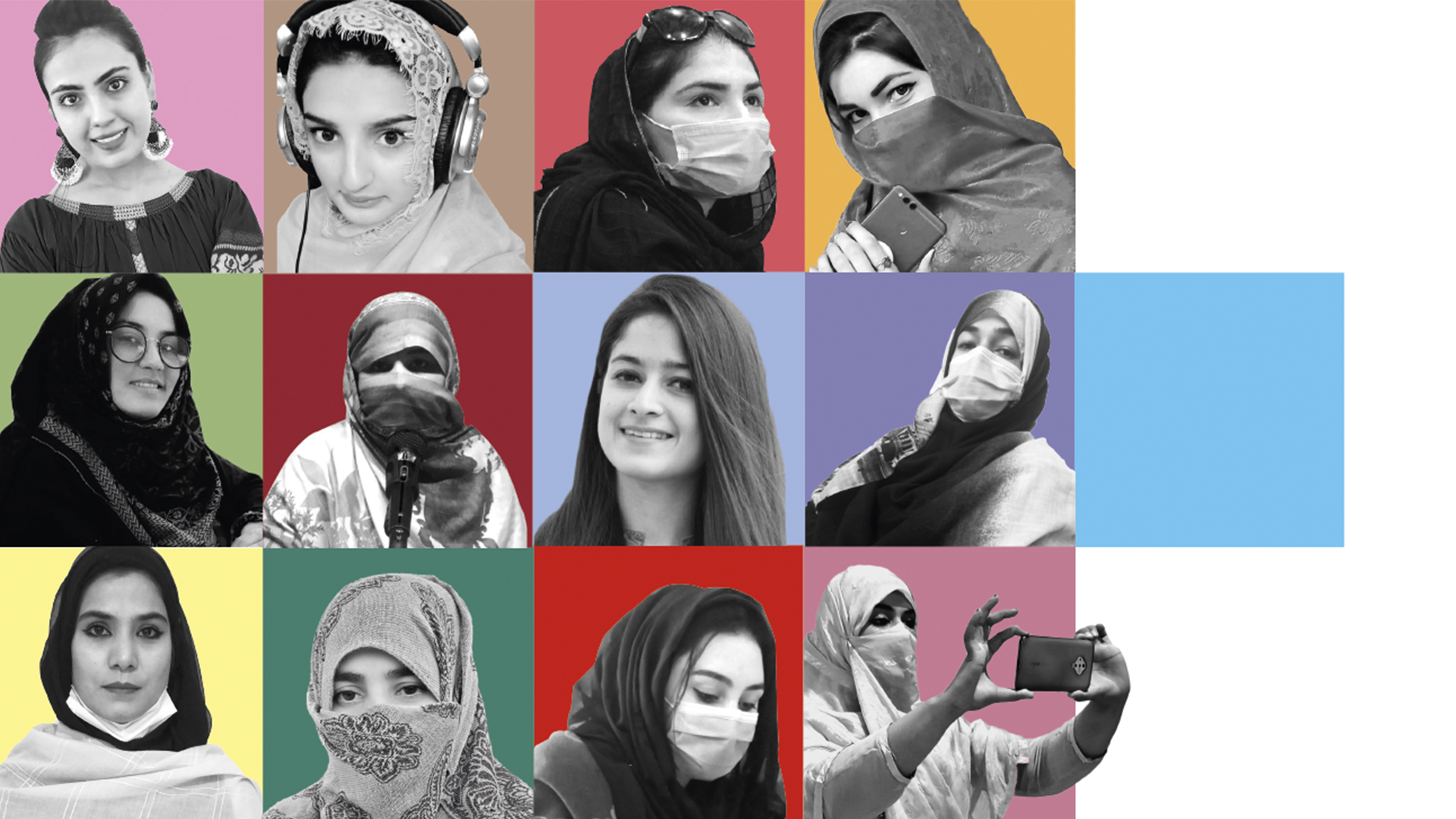 Learn about the journalists from Khyber Pakhtunkhwa who are retrieving untold stories. 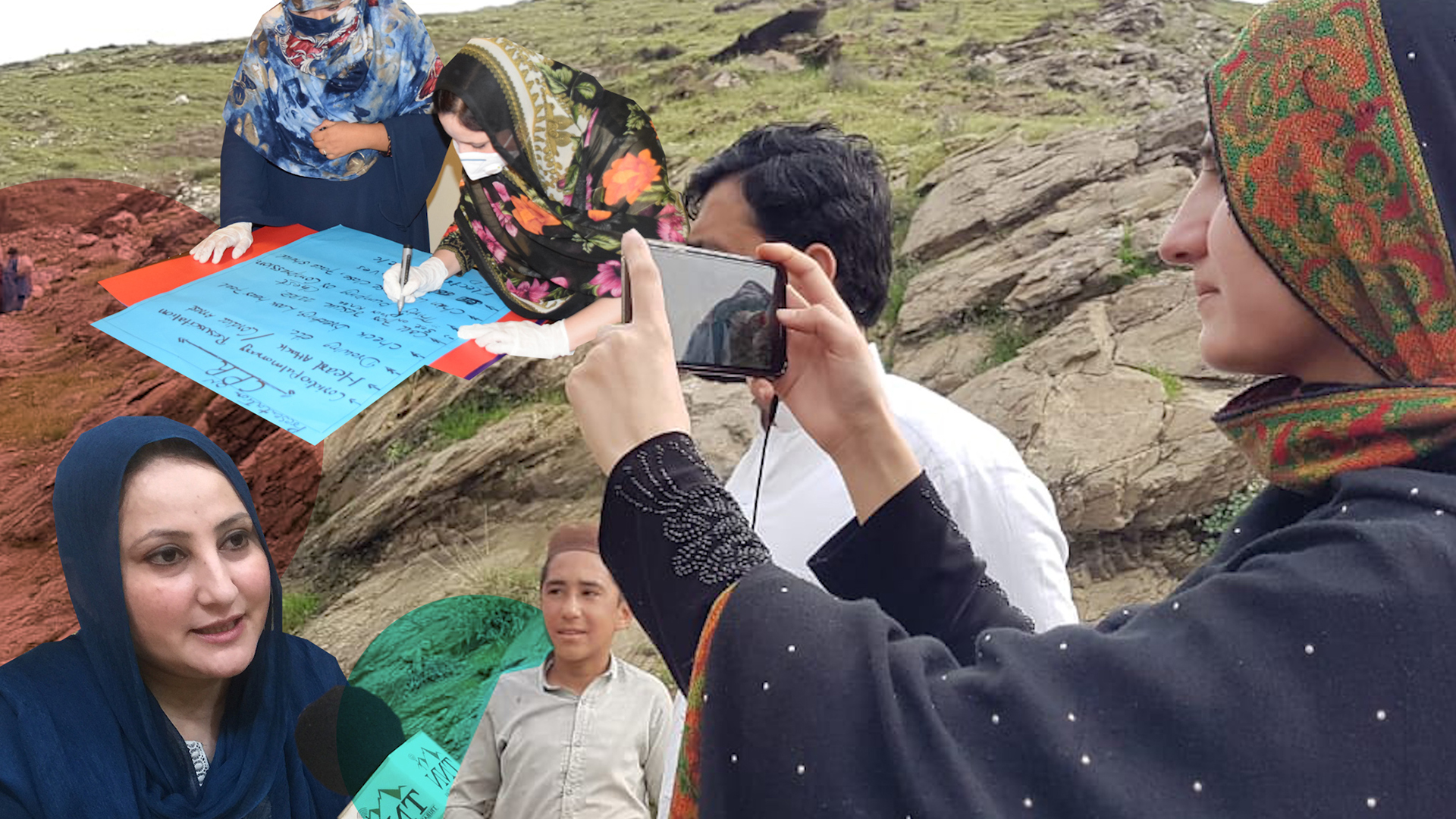 Recruiting, training and promoting women journalists to gain access to stories about women.