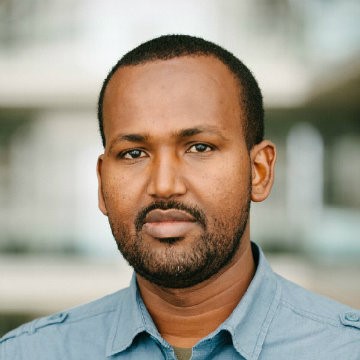 Currently the Africa reporter for the UK based Channel 4 News, he has received a number of awards including one from the Royal Television Society in 2012 and the Foreign Press Association in 2009.

He has set up recently a new digital media - Dalsoor which produces original news, feature and entertainment and content for the Somali society.

Jamal regularly lectures at Kingston University in the UK and in Somalia.

He is fluent in English and Somali