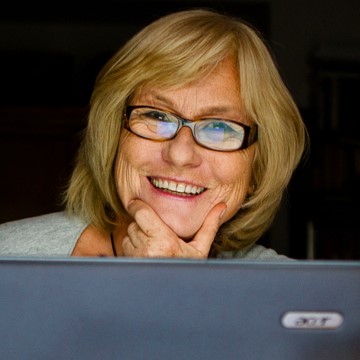 She is also a veteran journalist, who covered business, political and international news, having worked as a producer for local and public TV, as well as CNN, in the US and senior and special projects producer for CNBC Asia in Hong Kong. She was the NBC news bureau chief in Moscow in the late 1990s.

In the past five years she has served as the principal development adviser to the Baltic Centre for Media Excellence, regional editor for east and central Europe for the Mapping Digital Media Study of the Open Society Foundation, and media adviser to the feasibility study on Russian language media options conducted by the European Endowment for Democracy.

Her recent work for the Thomson Foundation includes running a masterclass in media management in Armenia as part of the Ukraine Regional Voices project.

A native of Warsaw, Poland, and a US citizen, Walter holds two master’s degrees, from the History Department of Warsaw University, and the Department of Journalism of Ohio State University in Columbus, Ohio in the US. She speaks fluent Polish, English, Russian and French.