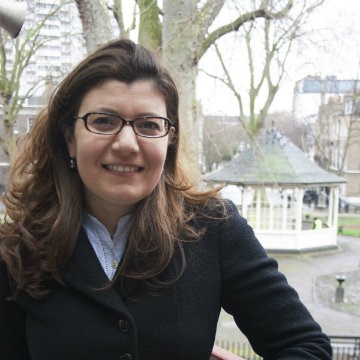 Zahera has been working with the foundation since 2007 and is a specialist in international journalism at London’s City University. Dr Harb is a member of the UK media regulator Ofcom's content board and is a board member of Ethical Journalism Network.

She has more than 11 years’ experience as a journalist in Lebanon working for Lebanese and international media organisations. She held many roles as a reporter, news anchor and producer/presenter. She hosted live coverage of distinguished political events inside and outside Lebanon. She has been a regular contributor to the Lebanese national daily Assafir.

Her latest publication is an edited collection titled 'Reporting the Middle East' (IB Tauris 2017). Other publications include an edited collection with Dina Matar titled 'Conflict in the Middle East: Discourse, Image and Communication practices in Palestine and Lebanon' (IB Tauris 2013) and a monograph titled 'Channels of Resistance: Liberation, Propaganda, Hezbollah and the Media' (I.B. Tauris, 2011). She was review editor for the Journal of Media Practice and is now associate editor of Journalism Practice.

Dr Harb was trained in the Netherlands and and the UK and has a BA in Journalism from the Lebanese University, a Diploma in Broadcasting News and an MA and PhD in Journalism Studies and Political Communications from Cardiff University.

She has been named Stanford University Humanities Centre International Fellow for 2014.