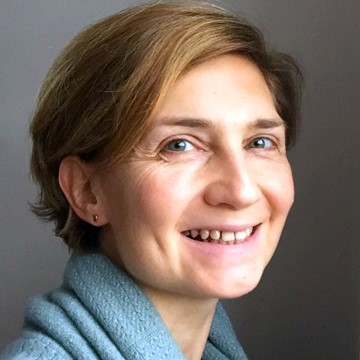 Zoya Charles is a multimedia journalist and editor with more than 25 years experience, and has held senior management roles at the BBC.

With the foundation her work has included the role as senior executive producer on the OPEN Media Hub project which trained multimedia broadcast journalists, editors and managers in countries neighbouring the European Union.

At the BBC Zoya worked as an editor leading one of its most innovative video journalism teams, which won several awards for its output. As part of her work, she also helped to develop BBC's digital strategy.

She led a team producing original video journalism for television news programmes and online outlets. She encouraged experimentation with formats to fit evolving multimedia channels. It was the first BBC team to start using camera drones in its productions.