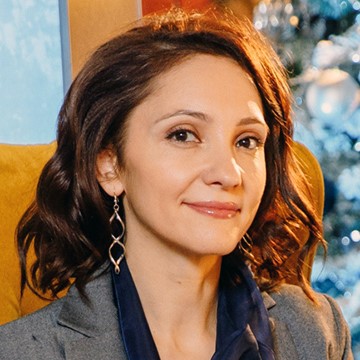 Lina joins Thomson Foundation as a key expert for its ongoing work in Moldova and as a strategic communication lead/chief campaign manager.

She started her media career as a newspaper journalist and then a foreign correspondent for Evenimentul Zilei, one of the leading newspapers in Romania, based in Bucharest. Lina later moved into radio journalism before becoming a reporter, editor and TV host of an evening news programme for national TV channel, Pro TV.

Having spent her early years working in journalism, Lina spent the next decade working for the United Nations, specifically the UNDP, Unicef and WHO, where she amassed a wealth of experience in PR and crisis communication. She also spent three years working for CCF Moldova, a non-governmental organisation committed to assisting children and families deemed to be at risk, leading their public advocacy and communication work.

Before joining Thomson Foundation, Lina was also national coordinator for a public advocacy campaign called “Opening Doors for the Children of Europe”, a pan-European campaign covering 16 countries and led by Eurochild.