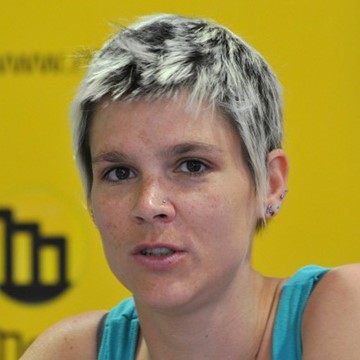 Maja Vasic-Nikolic is our local coordinator for the Western Balkans. She draws experience from Serbia and the Western Balkans region where she spent the last 13 years managing projects focused on advancing journalists’ association impact in the field of media freedoms and safety of journalists.

​Maja was born and raised in Belgrade, Serbia, but gained her first working experience in London while volunteering as a junior researcher with Amnesty International.

From 2001 to 2003, she worked for London-based independent documentary production company, Brook Lapping Productions, as an archive assistant and researcher on an award-winning series The Fall of Milosevic.

Maja spent the next few years freelancing as a researcher and working for the training provider, Centre for Strategy and Communication in London. She returned to Serbia to take on the role of project manager, then project team coordinator, with the Independent Journalists Association of Serbia. Here she managed national and regional projects on media freedoms and safety of journalists.

She joined Thomson Media in April 2019 to strengthen the Western Balkans team.