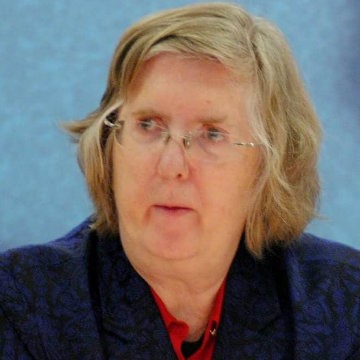 Dame Rosalind Marsden is a former British diplomat, who served as Head of the UN Department and Director Asia-Pacific in the Foreign and Commonwealth Office, Consul-General in Basra and Ambassador to Sudan and Afghanistan.

Since then, she continued to work on Sudan as Senior Adviser to the Centre for Humanitarian Dialogue’s Sudan Programme from 2014 to 2018 and as an Associate Fellow at the Royal Institute of International Affairs (Chatham House). She serves on the Boards of several peacebuilding and human rights NGOS.