One scene in particular symbolised for him the unjust difference between Peru’s rich and poor. “Our little fishing village, where poverty was rife, was next to an exclusive beach resort to which only the privileged and wealthy had access,” he says. “That always made me doubt the balance of the world.”

At the age of nine, Martín moved with his family to Piura, the capital city of Peru’s northwestern Piura region, known for its rich colonial history and architecture. It is here that Martín started to take note of the power of storytelling to shine a light on different communities and where his journey to journalism began.

“I started to read more, to commit myself more. I had a more focused vision of the real problems of society,” he says. “In my teens, I financed my fledgling reports by working as a photographer in a restaurant. I then studied journalism at the National University of Piura and after graduating, found myself working for the largest newspaper in the region.”

Martín may have elbowed out dozens of other young hopefuls to land a dream job at a major media organisation, but he admits to feeling both “delighted and disenchanted.” Real news, he thought, was underreported. The domestic focus was often too narrow. Rural Peruvians were largely ignored. He wanted to write stories that involved human connection, moments of change, tragedy and triumph. Stories where he could see their benefit and feel their impact.

In a moment of clarity and feeling a powerful hunch that the moment was right, Martín took a leap of faith. He left his job at the newspaper, delved deep into his savings and set up an alternative to mainstream media.

“It sounds like idealism, but I have seen so many injustices in my country that I’ve always wanted to see change and be that change,” explains Martín. “I know that I can achieve it through the word. Silence has never been an option.” 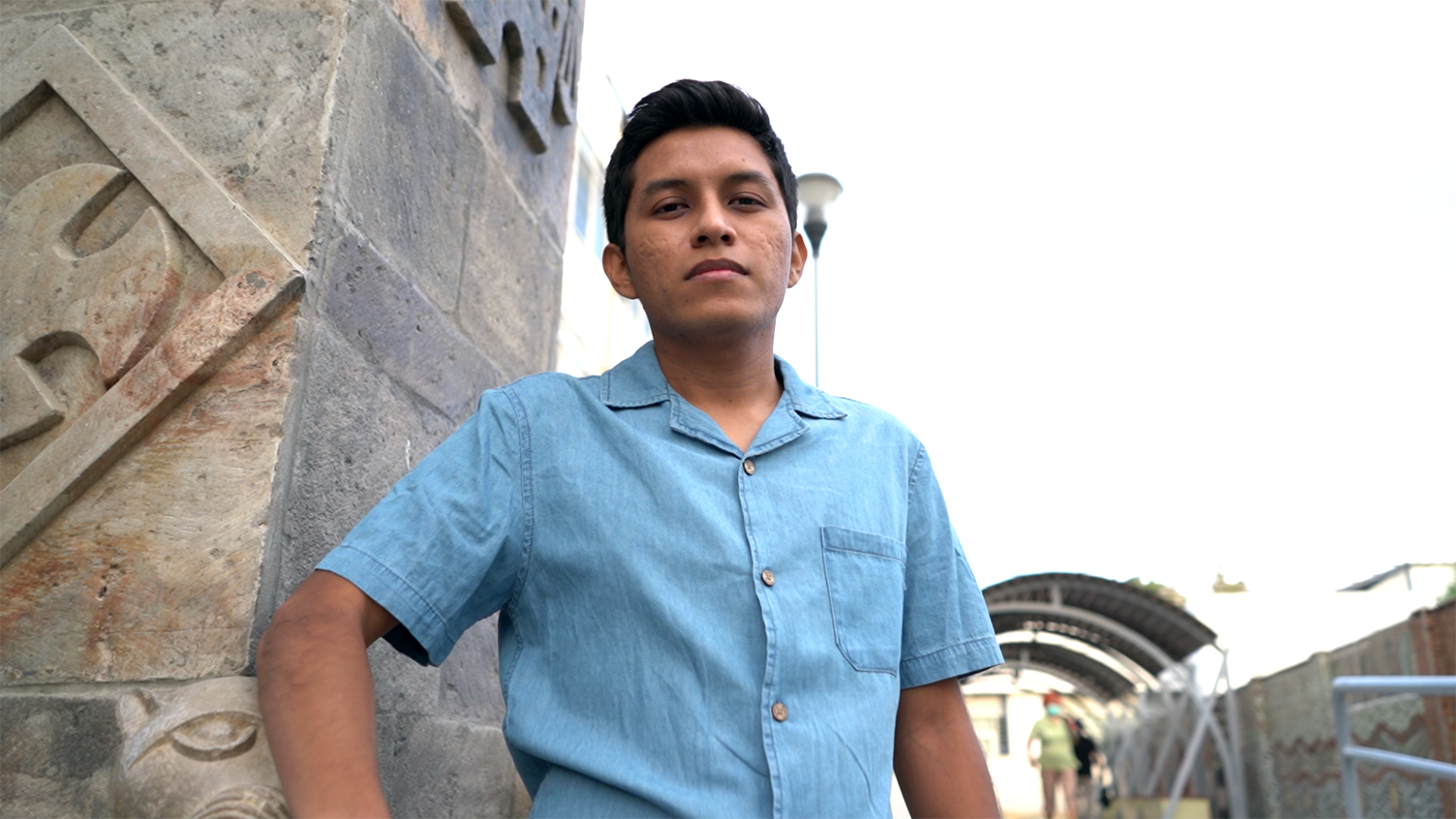 While there may be countless untold and under-reported stories in Peru, Martín’s role as investigator and amplifier is vital. In his body of work submitted for the Young Journalist Award, he highlights how the Covid-19 pandemic has magnified social inequality in his country and rendered the poorest truly helpless.

Titled ‘Piura Market: An Invisible Enemy in the Crowd’, he collects the testimony of TJ, a student whose elderly father is forced to work in a busy market and faces a daily dilemma of balancing protection from the virus with earning money to feed his family.

Standing among hundreds of peaceful protesters in Cancas, campaigning against the exploitation of heavy crude oil off its coast, Martín also investigates why children were caught in choking clouds of teargas and why rocks were lobbed at hundreds of fishermen and women to disperse them by the people paid to protect them: the police.

Travelling to Cerro de Pasco, an important mining centre in the high Andes, Martín also reports on the anger and anxiety that fills the parents of children suffering from the long-term health consequences of lead poisoning. With unworkable solutions foisted upon them and facing other traumas associated with living in poverty, Martín takes up their case with empathy and a deep understanding of the issues so that “their problems become my problems.”

It’s this proven sensitive touch that has earned him first place in the 2020 Thomson Foundation Young Journalist Award. 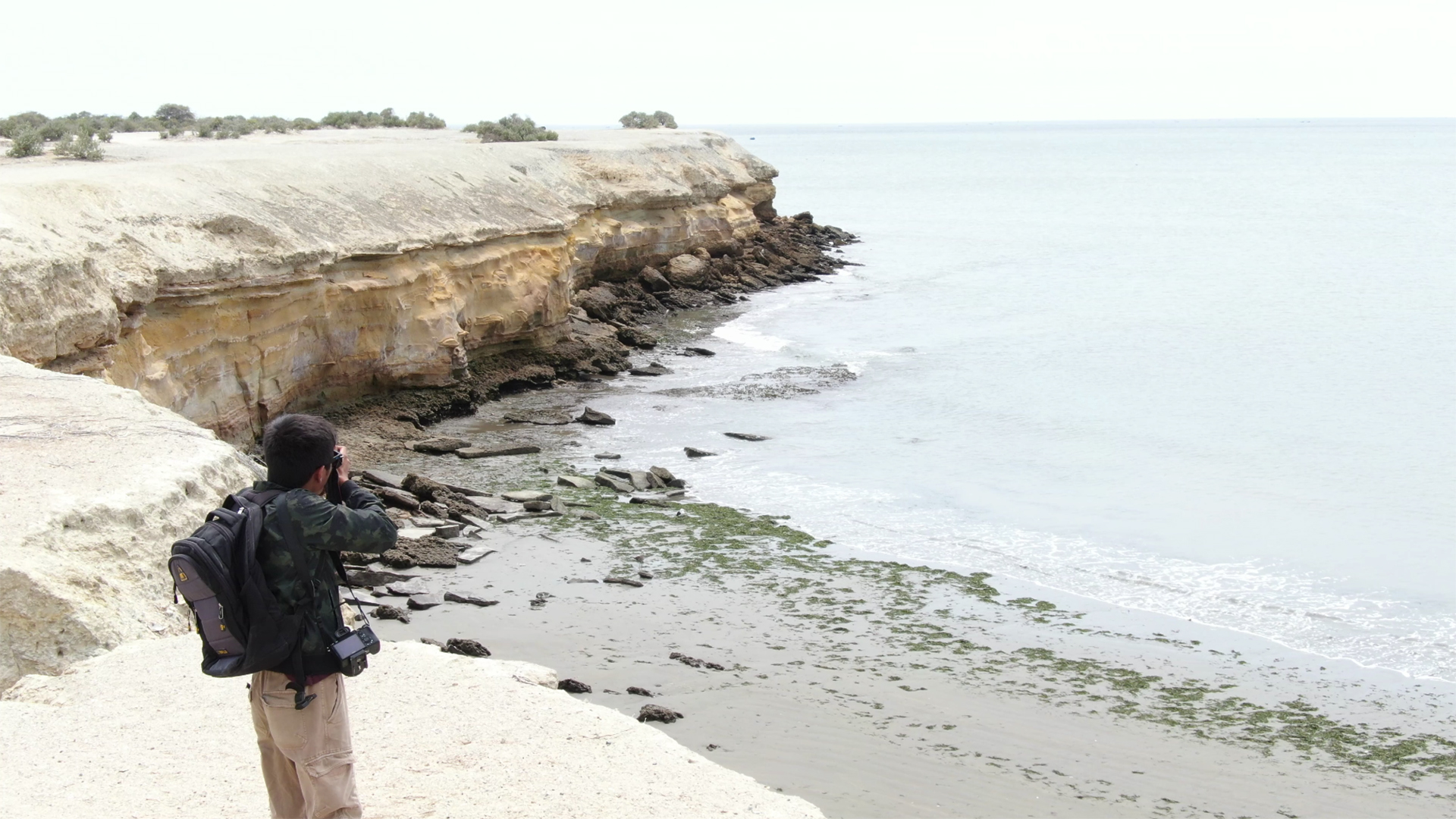 I try to seek justice with my pen so that the invisible are vindicated.

“I consider this a triumph not only for myself, but also for the communities whose rights have been trampled on. Now their voices are heard around the world,” says Martín.

Putting girls at the forefront of social progress

Martín defines his work as that of a ‘servicer’ of the community’s needs. Since setting up Nube Roja, his passion for justice and his desire to address inequality and tap into underrepresented communities has led to a subsequent venture.

Inspired by his "feminist activist" wife, Mirtha Chong Ramirez, who spearheaded an initiative that encourages young girls from disadvantaged communities to be ambitious and develop leadership qualities, Martín offers a secure space for young girls, often the victims of violence and sexual abuse, to learn more about journalism.

“I am dedicated to social activism,” he says. “I teach vulnerable children how to write stories and make documentaries. Alongside my wife, I spend four months of the year mentoring young girls from across Latin America who have suffered abuse. Living in a region highly unequal for women, and with a young daughter of my own, investing in their world is something I truly care about.”

Winning the Young Journalist Award has encouraged Martín to offer advice to other aspiring journalists: “Always be firm in your principles and always seek the truth. Doubt the official version and try to find the other story. That is where you are going to find the truth,” he says.

“Journalism must always be about serving the people.”

Since 2013, the Thomson Foundation Young Journalist Award has given opportunities to journalists at the start of their careers. Syrian filmmaker, Waad Al Kateab, British-Sudanese journalist, Yousra Elbagir and Kenyan documentary maker, Maurice Oniang’o, have all benefited from the annual competition, which is the highlight of the UK Foreign Press Association (FPA) Awards.

The award is an important platform for drawing attention to stories that have led to, or have the potential to lead to, positive change in society – and the young journalists reporting them.

Owing to the difficulties of staging the traditional FPA Awards ceremony in London during the pandemic, on Monday 23 November, in a virtual ceremony, Martín was announced as the winner of the 2020 Young Journalist Award. Kabir Adejumo from Nigeria and Anna Myroniuk from Ukraine were very worthy runners up. All three have been awarded learning bursaries and funds to buy equipment.

Find out more about the competition here.

Meet our runners up

"This award will open a lot of doors. Not just for me but for Nigerian journalists. They're journalists speaking for the voiceless" – 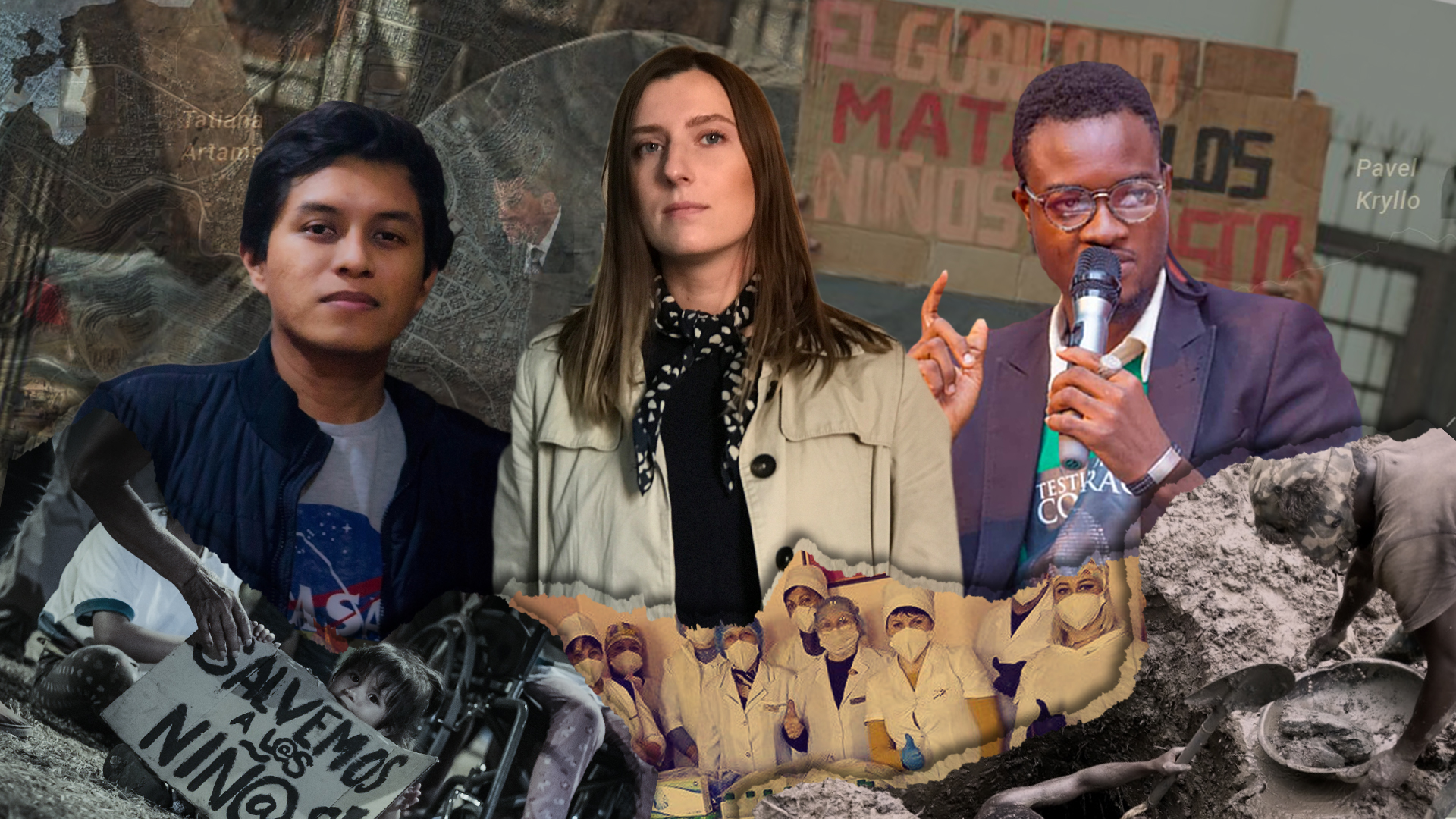 Celebrating the skills and showcasing the inspiring work of our alumni