Sabin Agha is a Pakistan-based documentary filmmaker, multimedia journalist and a blogger.  She has been teaching women journalists at Tribal News Network (TNN) in Peshawar about how to blog and challenge societal norms. Thomson Media has been working with TNN to help empower women and give them a voice in local media.

As I read it, I thanked my lucky stars for my intelligence, which would help keep misogynists like him at bay. Sadly, though, that luck has not been replicated in my working life. I can’t say I’ve felt lucky as a 'female’ journalist. I write ‘female’ in inverted comas because have you ever heard people talk of a ‘male’ journalist? What about a ‘female’ girlfriend, ‘female’ mother or a ‘female’ sister? The battle cries of the ‘female' journalist are unique and countless. I even have my own exclusive battle cry as a part of my social media bio, which is: 'dodged bullets - dodging misogyny is a work in progress'.

My male colleagues enjoy intimate meetings with their sources over a cup of coffee, irrespective of the time of day or night. However, when I want to meet sources many wrongly believe I am asking them on a date. In South Asia almost all sources are male, and as a female journalist I generally meet three types. I’m not saying that all sources are like this, but I’d like to share my own particular experiences.

Type one: the harmless type (somewhat), who is happy to share information whilst keeping his fingers crossed that it will lead to a potential coffee date with me.

Type two: the stalker type, who after sharing information will stalk me both physically and virtually via social media. I’ll also receive drunken texts at the weekend asking me to meet up for a cup of coffee.

Type three: the detective type who has a distinct strategy. They want to find out before the meeting if I am coming alone or with a small army of people. Based on my response, they then devise a plan which involves, yes you’ve guessed it, a cup of coffee.

In this context, 'coffee’ represents to me a mindset that objectifies women, irrespective of their professional standing. Sadly, in my experience, it’s a mindset that’s prevalent from the top down.

Let’s take one recent, widely-reported example about comments made by the former premier Imran Khan when he was asked during a press conference about a prominent female journalist being harassed during rallies by his PTI party workers. According to a number of news outlets, including The Friday Times, Khan said she was ‘bound to be harassed’ if she ‘invaded male-dominated places’. He went on to say he would issue strict directions against harassing journalists to his party workers in this regard and we will wait to see what that produces.

Female journalists don’t just face physical threats. Social media is a new battleground, where your enemies are trolls armed with multiple fake accounts. The aim of the virtual attacks is ultimately the same: to stifle the message and remove these women from online spaces. According to the International Federation of Journalists (IFJ), ‘Women journalists in Pakistan are facing increasing levels of online harassment, including trolling, cyber-bullying, intimidation and doxing’. Asma Shirazi a well-known journalist, and at the time of writing the only female journalists covering parliamentary affairs in Pakistan, told the IFJ she faces a constant barrage of online attacks. “...they bring you to a point where it seems like a personal war. The space to do good and free journalism shrinks; journalists find it hard to work as they face more and more obstacles that limit their work.”

When Tribal News Network (TNN) asked me to mentor a fellowship on blogging for women journalists, I felt really excited. As a battle-hardened journalist, I was keen to encourage, inspire and train these young women who come from a traditionally conservative setup, with unique techniques to challenge the status quo. I wanted them to attack misogyny head-on through the power of their blogs.

For me, learning is a lifelong and two-way process. Our journey to learn from each other began with a heart-to-heart discussion which translated into eight inspiring personal stories. This happened on our first day together. I then set them a series of challenges to change how they view themselves and their role as journalists. The challenges were as follows:

Raising up voices can shake the very foundations of injustice. That’s precisely what Nobel Peace Prize winner Malala Yusufzai did with her blogs for her BBC Diary from the Swat Valley, about life under the Pakistani Taliban’s tenure. As she said in her acceptance speech: “The terrorists tried to stop us and attacked me and my friends...but neither their ideas nor their bullets could win. We survived. And since that day, our voices have grown louder and louder. I tell my story, not because it is unique, but because it is not. It is the story of many girls.” 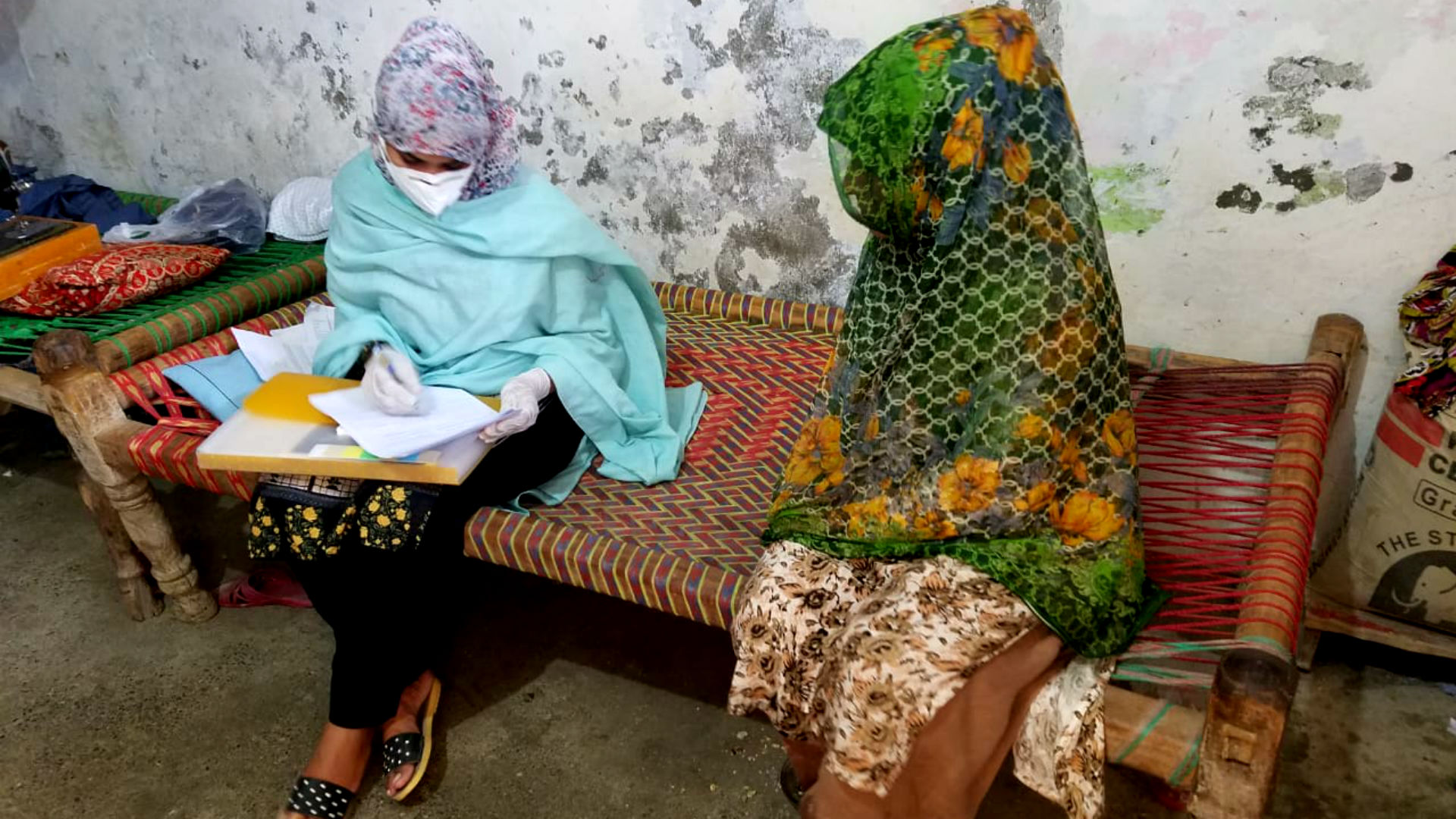 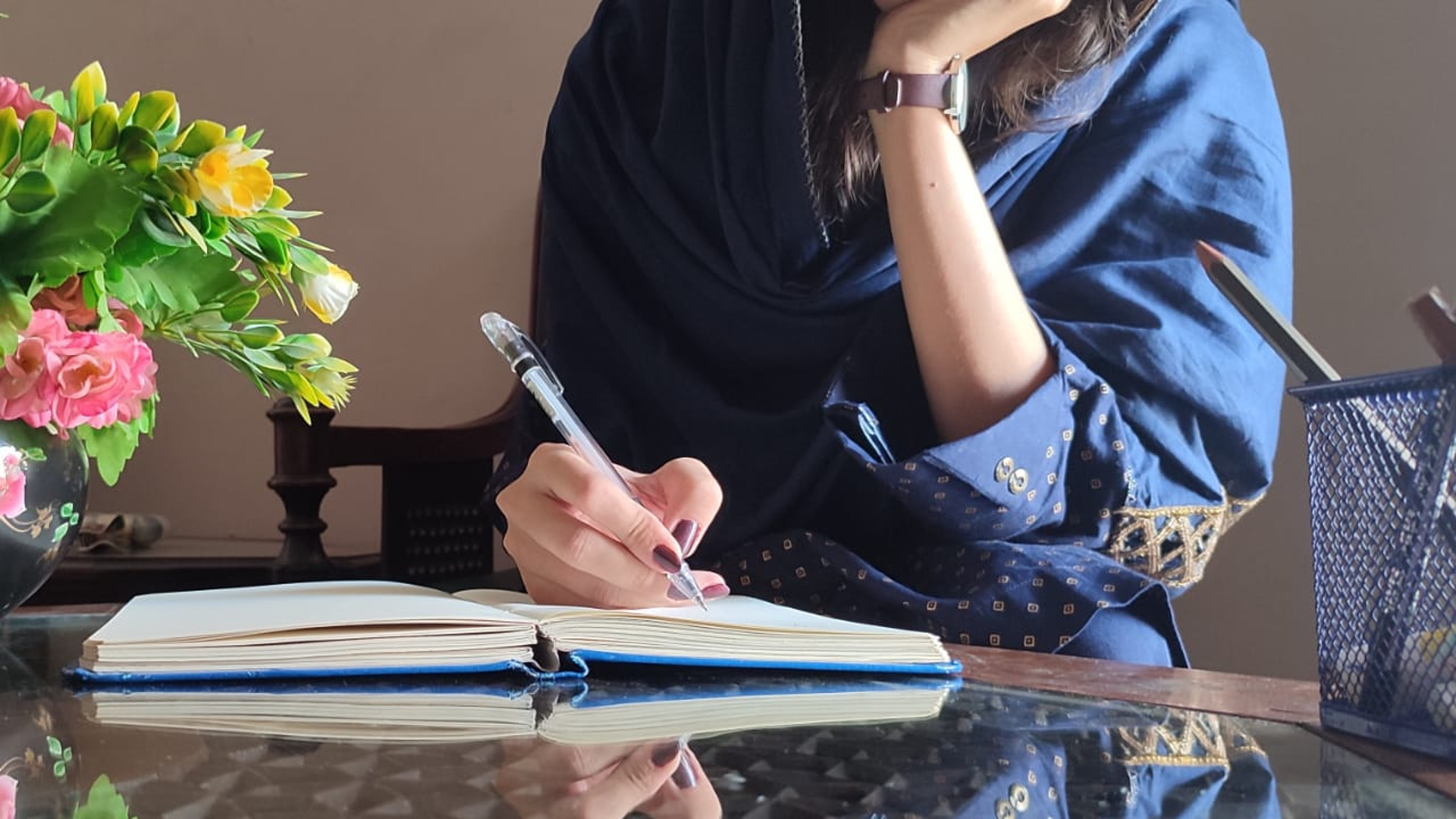 Topics that matter the most to Pakistani women